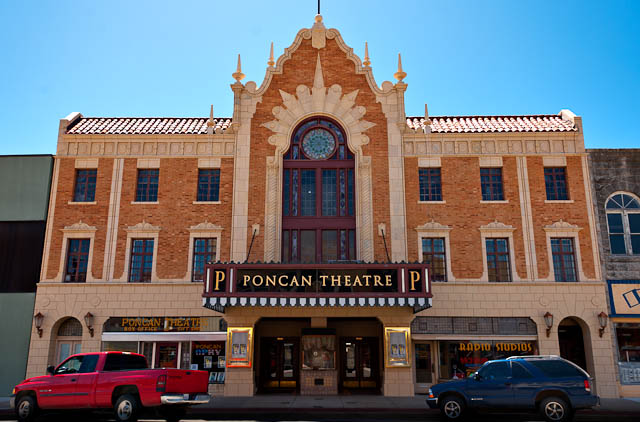 It’s not every day that a woman gets to return to the small town where she grew up and perform a jazz concert in the same theater where she watched movies as a child. However, I have the privilege of doing exactly that. One week from tomorrow, I am hopping on a plane and flying to my hometown of Ponca City, OK to sing at the beautiful Poncan Theatre. The show takes place on May 11th.

Ponca City is a small northern Oklahoma town that sits fairly close to the Oklahoma-Kansas border. It is named after the Ponca Indian Tribe, which was forcibly relocated to the area in 1877.  When I was growing up, the population of Ponca City was around 30,000.  At the time, the economic hub of the city was Conoco, which operated a research and development facility and a refinery in the south part of town. It seemed like almost everybody’s dad worked at Conoco, including my mine. My father Henry Bourne worked as a mechanical engineer with the company for most of his career.

The Poncan Theatre is downtown on Grand Avenue. My friends and I used to go to Saturday matinees, usually to catch the latest Disney flick. As mortified as I am at being old enough to use the phrase “back in the day,” back in the day a box of miniature jawbreakers was a dime. I bought a box every time I went to a movie. I would eat most of them but would also roll a few on the floor underneath the seats just for good measure. Although I’m not sure how accurate they are, my memories of the Poncan are vivid all the same. The theater always held a sort of majestic grandeur to me. I recall fairly elaborate ornamentation, stunning light fixtures and, of course, the big sweeping balcony where we loved to sit. I can’t even begin to remember all of the films that I saw there when I was growing up, but a few come to mind. Every year around Halloween, the Poncan would screen “The Ghost and Mr. Chicken” with Don Knotts. This annual event was a very big deal that all the kids in town looked forward to. I also remember going to see “Westworld” with my father and watching Yul Brenner completely fill the screen as the scariest, bad ass cowboy robot that I’d ever seen. I never made out with a boy in this great old theater but I kind of wish I had. It would be a great detail for the narrative. Although I can’t recite the entirety of the Poncan’s history, I do know that it was added to the National Register of Historic Places in 1985 and also that it underwent major renovations in the 1990s. In 1994, the theater celebrated its Grand Opening as a performing arts center.

Randy Halberstadt, my musical director and pianist, will be traveling with me to Oklahoma. For our May 11th concert at the Poncan, Randy and I will be joined by bassist Michael Geib and drummer David Hardman, both from the faculty of the University of Central Oklahoma School of Music. Seattle bassist Jeff Johnson was kind enough to connect me with Michael and David and I’m very much looking forward to playing with them. On the following evening, Randy and I will be performing as a duo for a private event in Oklahoma City. Never in a million years did I imagine that I would be heading back to Oklahoma to sing jazz. I’m thrilled, blessed and grateful.

My father died of pancreatic cancer in September of 2000 and my mother is now residing in an assisted living community in Oklahoma City. I am sad that they won’t be there for what is sure to be a very special evening. However, my sister Martha will be in attendance as will several very close friends, some of whom are traveling a long way just to be there. It is truly an honor to perform at the Poncan Theatre and to share this homecoming in a historic place that holds sweet memories for so many people. 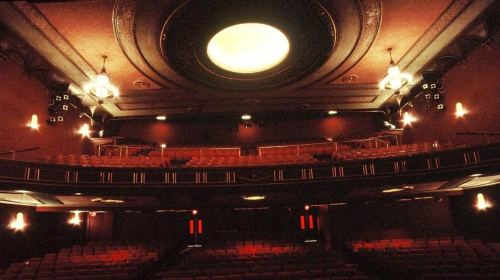 29 responses to “Back to the Poncan!”