6 Tips for the Off-Season Blues 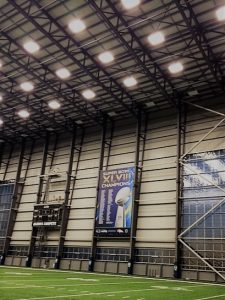 Technically, football season isn’t over until after the Super Bowl. But for me it came with the Seahawks’ crushing loss to the Cardinals at home on New Year’s Eve. Sure, I watched the playoffs. But the off-season blues had already started to kick in. Transitioning into the off-season is always a dreary ordeal for me, especially this year as my team didn’t even get into the playoffs. (I mean. I can’t even. WTF?) The first few Sundays are always particularly gloomy. I wake up in the morning, shuffle around the kitchen and stare out the window while the coffee is brewing. There is a palpable void. Existential angst, which was so successfully held at bay for four months, starts to poke at me. I move through my day adrift, unsettled and destitute of purpose. Even the Sunday paper is feeble distraction as sports writers have moved on to the NBA coverage and stories about the upcoming baseball season. Eventually, over time, the ache subsides and I fall into new routines and activities. But the initial withdrawal is punishing.

I figure I’m not alone and that lot of other fans have the same experience. They say that one way to deal with personal pain is to focus on giving to others. In the spirit of service to my fellow fans, I’ve put together a list of six tips for dealing with the off-season blues:

So, it’s the Patriots (again) and the Eagles in the Super Bowl this year. Of course, I’ll watch the game. I’m of the opinion that any football is better than no football. Still, it will be a lot like watching a movie I’ve seen before, many times. I’m rooting for the Eagles, but my money’s on the Patriots. No matter who wins, the fan bases are equally insufferable. Either way, we’ll never hear the end of it… until next season. GO HAWKS!