8 Characteristics of a Bad Ass 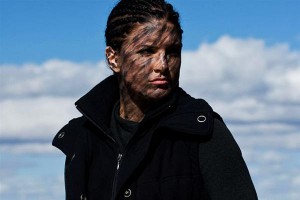 “Haywire” is an action thriller about uber secret agent Mallory Kane, who is double-crossed on a covert mission in Dublin. Throughout the course of the film, she uses mad fighting skills and cool thinking to get out of harm’s way and to exact revenge on the bad guys who are doggedly out to get her. She kicks, she punches, she throws down and she shoots. She’s got a killer headlock. Her left hook is treacherous. No matter how dire it gets, she never freaks out. I don’t want to give away the plot here, but suffice to say that in the event of a zombie apocalypse, you would want Mallory Kane on your team.

She is the ultimate bad ass.

I think about bad asses a lot. They’re like poster children for personal power. They’re inherently appealing. I stare at them in awe but I’m also a little afraid of them. Mostly, I wish I were more like them. Not all bad asses are street fighters or international operatives. Bad asses come in many varieties. Still, they’re easy enough to spot. Here are eight characteristics of a bad ass:

Bad asses do life head-on and have the battle scars to prove it. They’re tough and aren’t afraid to get dirty. They’ve lived through their share of life knocks, shootouts and personal avalanches and are still standing. Bad asses have indomitable mettle. 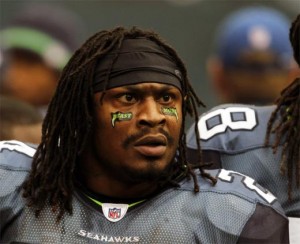 Bad asses have a distinctive edge about them. It’s not something that is easily defined but it can be readily felt when you’re around them. It’s sleek, cool and sharp. It’s not the least bit fabricated. Instead, it seems to be firmly woven into their DNA. This edge is quiet but powerful.

Bad asses do not give up. They will grind it out as long as it takes to get the job done. Think Energizer Bunny on intravenous Red Bull. They may get bruised and bloodied, but they’ll keep swinging long after you’ve figured they were down for the count. A bad ass has deep soul reserves and a tremendous capacity for resurrection.

Bad asses have healthy self-esteems. They are not crippled with doubt or locked down by the need to please other people. They believe in their own intelligence, their value and their right to rock their lives as they see fit. 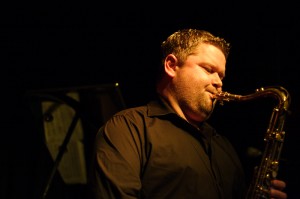 Bad asses know their super powers and brandish them like weapons. That thing that they do– be it hand to hand combat in Krav Maga or blowing fervid bebop lines or setting the blogosphere on fire–they do better than anyone. Sparks fly. Engines smoke. Onlookers gasp in amazement. The very gods sit up and take notice.

A bad ass has a unique style. It often (but not always) involves a killer pair of boots. Bad asses dress how they want and don’t concern themselves much with current trends. In fact, they often set the trend. While his/her look may be different or a little out there, it is always tasty. Even if it’s not, a bad ass does not care what you think.

A bad ass is willing to take risks. They’ll climb on the first car of the roller coaster. They’ll say out loud what everyone else is thinking but is too scared to articulate. They’ll steal across a high wire without a safety net to get what they want. Bad asses routinely play with fire. If the situation calls for it, they’re not afraid to shove back. Fear may snarl and snap but the bad ass steps towards it anyway.

Bad asses are comfortable with ambiguity. In fact, they thrive on it. They don’t have to have all the answers or know how it’s all going to turn out. They can live squarely in the present moment because they trust themselves implicitly.

Bad asses have a unique way of being in the world. They don’t wait. They don’t ask permission. They don’t fret. They stare life down like a hungry animal and seize it. Not everyone can be a card-carrying bad ass. In fact, the Yin & Yang of humanity pretty much demands that some of us are meeker than others. And it’s hard to say if bad asses are born or made. But there’s nothing stopping us from cultivating some of their qualities. Who knows what we’d unleash in ourselves? Or what we’d do? Halloween is just a few days off. What would it take for you to bring out your inner bad ass? What would that look like?  The comments are open. Step up, bad ass. 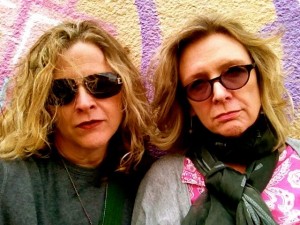 Me with my favorite bad ass, my sister Martha.