First of all, I apologize for the unintended gap since the last post. Unfortunately, I was recently slammed with the mother of all sinus infections and for a brief period, everything came to a screeching halt. The body is like that sometimes; it demands that we stop everything and tend to it and rightly so. This was the sickest I’ve been in well over a decade. After over two weeks of misery and a course of Amoxicillin, I’m just now climbing out. Although I’m still shaking off the remnants of this nasty beast, I am back in the blogosphere.

My kids like to go to a water park just outside of Seattle called “Wild Waves.” In the center of this park is a large pond stocked full of catfish. Alongside the pond are little dispensers, much like gumball machines, where you can plug in a quarter and get a handful of food to toss out to the fish. The catfish hover right beneath these dispensers and wait to be fed. Often, there are several dozen of them, wide-eyed and mouths agape, flipping and flopping all over each other and vying to get a much-coveted nugget of fish food. (The scene looks a little like something out of an old-school Trent Reznor video-slightly macabre and a little unsettling.) So many catfish. It reminds me ever so slightly of the music business.

The other night, I stepped out with a friend to a popular Seattle music venue. I’m not much of a club hopper. My musical outings are typically centered around a handful of select clubs-mostly jazz spots. Still, I was game for something new and set off with high hopes for a fun evening. There were three bands on the bill that night. I’d only heard of one. My friend and I paid our ten dollar cover, parked ourselves on a couple of the few bar stools in the room and were ready to rock.

Band One took the stage. Given what I’m about to write, I’ll forgo mentioning the name of the band. (In all fairness, I’m not sure I remember it accurately anyway.) From the get go, I wanted to be on board with this band. I was set to give them my energy, love and openness. However, that proved harder to do than I thought it would be. Things started to go south very early into the set. The focal point of the band was on the lead singer and guitarist, who was a twenty-something with requisite good looks, rock and roll hair and a flowing, white shirt that opened just enough to reveal at little chest. Within a mere few notes, it was clear that this guy took himself very seriously. This is always a red flag for me in any situation. With each tune, he pulled out every rock and roll cliché in the book: twirling his hair around, standing on top of stage speakers, orgasmic grimacing and gesticulation to his own playing and tedious attempts to engage the crowd in a hokey exchange of call and response. Everything he did seemed effected and inauthentic. He was like a character that Russell Brand would play. He had on his rock & roll pants and wanted us all to damn well know it. Adding to the misery, his band just wasn’t good. The music was predictable and uninspired. As the set rolled on, I became increasingly impatient and annoyed. I also felt like an asshole for the internal critique that was running through my head.

Band Two couldn’t have been more different. From the second they hit, it was all about the collective. They infused the room with energy, spunk and playfulness. They were immediately endearing and colorful like hyperactive kids on an Easter egg hunt. The music was front and center as was the sheer joy of the process. The guys in this band got down. Although they definitely energized the audience, they played with a refreshing lack of self-consciousness. I had the sense that they played with that same blissful abandon whether anyone was watching or not. There was not one shred of pretense with this band. They did their thing-“minimalistic, avant-garde, electro-pop, noise-cluster, synth-rock, free-jazz, experimental, dance” by their own definition- and happily brought us along for the ride. I was completely on board with them.

We did not stick around for Band Three. Given I was still recovering from being sick, I was ready to call it a night. My apologies to the band.

Throughout the night, I felt a nagging sense of guilt about feeling so judgmental of Band One and in particular the lead singer. It  seemed karmically incorrect. Shouldn’t I have felt more kinship with this guy? After all, he’s just doing what I’m trying to do, which is to get his music out there and to play gigs, hopefully to a full house. At the end of the day, aren’t he and I in the same boat?

This just brings up more questions for me.

Given the daunting numbers, why do we do this? In a business that even on its best day can be fairly ambiguous (And on its worst, downright heartbreaking.), why do we continue? And how do we distinguish ourselves from the rest of the herd?

I think we do it simply because we have to. We’re wired that way. As musicians (and writers, painters, actors, dancers, etc.) we create because  not creating isn’t really an option. We’re like Labrador Retrievers who bring that ball back again and again and again. We can’t stop. We don’t stop. It’s how we want to be in the world. It’s who we are. 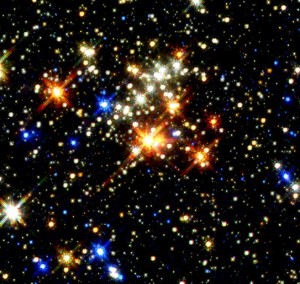 My good friend and colleague Jason Parker* has a very optimistic view of the music business today. Jason is quick to point out that given digital technology and the dominance of social media, we are no longer limited by gatekeepers and middlemen. We have multiple means for doing it ourselves. As we define the game on our town terms and use the tools available to us, then the possibilities are vast. Given this, we have good reason to be upbeat, as long as we’re willing to put in the work.

But with more and more of us out there doing our thing, how do we distinguish ourselves and get our music heard? (Or our blogs read, etc.) This is a tougher question to wrestle with perhaps, but I think, for me anyway, the answer is this: authenticity. This was the difference between Band One and Band Two. Band Two worked for me because they showed up, played their music and put themselves out there in what felt like a truly honest way. I had no sense that they were trying to impress but instead felt like they were enthusiastically presenting their musical creations and genuinely inviting me along for the ride. Band One was bringing something else. While I don’t want to continue to pound on the front man, I feel like he presented a caricature. After listening to an hour- long set, I never really got the sense of who he was or what he was all about.

There’s no doubt that working as an artist can be hard sometimes. But it’s even harder if you’re trying to be someone or something that you’re not. Although the times are changing so very rapidly, our fundamental values remain. One of these is authenticity. When we listen to music, read blogs or attend performances, I think most of us want the real deal. We want to know the artists behind the work; we’re interested in what drives them, what challenges they have, what inspires them, what’s shaped them and how they deal with life stuff. We ultimately want to know what commonalities we share with them. I know that’s what I’m interested in. And as a vocalist and a writer, all I want to bring…..all I really can bring….is myself with all my scratches, dings and shiny spots. Just as Band Two with their blazing authenticity worked for me, I am ever hopeful that mine also works for somebody else out there. I think this is true for anyone living the creative life. Authenticity is key.

There are a million stars. But the sky is big.

*Jason has just released a new CD “Five Leaves Left: A Tribute to Nick Drake.”  This is a sweeping & soulful beauty. It pulls at the heart. Check it out and download it here.