I was such an inconsiderate idiot.  I’m so sorry, dude, that I totally wrecked your day.

We were driving along in the late afternoon yesterday, and I stopped to let a guy cross the road. You were behind me. There were a lot of cars, and the guy had been standing there for a minute, waiting for a break in the traffic. No, he wasn’t at a crosswalk. But it looked like he could use a little kindness, so I gave it to him. You immediately laid on your horn. When I didn’t move, you gesticulated and flipped me off. You hit the horn again. The guy and I made eye contact as he walked past and I wondered if we were thinking the same thing. It was all of thirty seconds, probably less. When I moved forward again, after the guy had passed, I smiled and waved at you. But at that point, your rage was full-blown. You started tailgating me, driving about a half-inch off my bumper, furious and menacing. Your giant black, newish-looking truck nearly on top of my funky old green Ford Focus. It was like an angry bear after a June bug.

Maybe your outrage was a race and/or gender thing. A white woman (me) stopped to let a black guy (the guy) cross the street, inconveniencing a white guy (you). I suppose it was pretty audacious, the two of us failing to take your needs into consideration. Maybe we were way out of line in that regard, forgetting our place. I suppose our egregiously impolite behavior was an affront to your sense of entitlement and a trigger for your toxic masculinity. Or maybe you’re just a jerk. 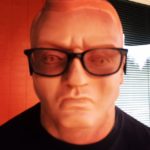 But even though this wasn’t your finest moment, I did consider your humanity, at least after the fact. You see, I’ve been that self-important person myself sometimes. I’ve puffed up and cussed and clenched my jaw and buttocks with aneurysm-inducing intensity. I know that indignant mindset. At best, other people on the road are irritating morons. At worst, they’re vile scumbags, conspiring to ruin my day. Acting on the outrage provides an odd, albeit fleeting, satisfaction. But less than a beat later, I always end up feeling like an asshole.

Your tailgating was bad enough, but when I turned towards home and you started following me, things got creepy. I wasn’t afraid but I was uncomfortable. I kept driving but didn’t speed. I turned at almost every corner; turning and turning, again and again, with you on my tail. Finally, you gave up and sped off. Maybe the nonsense and futility of it all started to sink in. I was relieved.

I wonder what you would’ve done if you’d “caught” me. Were you going to threaten me? Yell at me? Attack me? Did you have a weapon? Did you consider for a second that I might have been someone’s mom or sister or just another human being, like you, slugging through her days, simply trying to survive? Was it all really so terrible? I also wondered what I would have done. Delivered a hard shovel hook to your rib cage? Talked you down? I’m trained in de-escalation and self-defense. I’ve got mad skills, yo. It could’ve gone either way. And did it even occur to you that I could have been some kind of psychopath, packing a Taser, a machete and a pair of handcuffs? But alas, I was only some random woman you tried to frighten and intimidate. Lucky you.

Maybe this is just a statement on what we’ve become. What can I say? The world is hard right now. In so many ways, this isn’t exactly humanity’s shining hour. And I don’t know if there’s a satisfying moral to this story. Three lives briefly intersected. And within those minuscule moments, three people created a narrative with choices, actions and reactions. The three of us shared a short but precious interlude in time and space. It could have been so many things. Potential can spark in a nanosecond, as can tragedy. And one year from now, more than likely, this won’t even be a memory for any of us.

But anyway, dude, I apologize again for ruining your day. 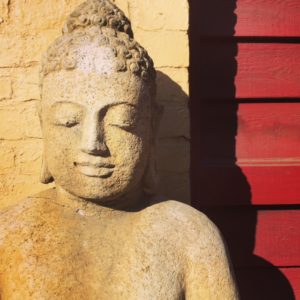 One response to “Dear Dude…”