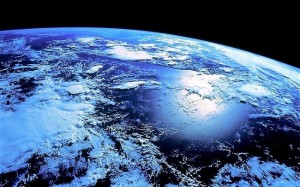 After last week’s terrorist attacks in Paris, people started modifying their Facebook profile pictures with an overlay of the French flag, ostensibly to show support for Paris and the people impacted by the violence that took place across the city.  As with anything on Facebook, this quickly became a trend. Shortly thereafter came a wave of outcry from people who questioned the public outpouring of support for Paris while the previous day’s bombings in Beirut received scant attention or condemnation. To many, this disproportionate reaction reflects a western consciousness that values some lives more than others and accepts suffering in some reaches of the planet as okay, even routine. As such, the image of the French flag that was proliferating throughout Facebook became a symbol of something fundamentally wrong and fucked-up. It angered a lot of people.

I understand and agree completely. I get the anger. But I struggle with the sanctimony in which it was delivered. Facebook exploded in a virtual shit storm of the holier than thou calling out the clueless masses. In the middle of a whole lot of hurt, people turned on each other. It was a hot mess in all directions, and I don’t know how it helped our collective enlightenment.

The problem with sanctimony is that it makes a lot of assumptions, usually for the worse. In calling out individuals who chose to display the overlay of the French flag on their profiles, there was a basic assumption that these people are unaware of or don’t care about other global atrocities. But why is this a given? And how do we know anyway? Many friends of mine actually do work for social justice, nonviolence and global peace and are deeply devoted to these causes. Several of these also chose, for whatever reason, to modify their Facebook profiles in response to the events in Paris. Why do they have to defend this choice or any others? Sometimes outrage is frustratingly indiscriminate.

The other problem with sanctimony is that it tends to be either/or in nature. After the Supreme Court ruled in favor of marriage equality last June, many people, myself included, celebrated by applying a rainbow overlay to their Facebook profiles. Again, many people were angered. Their sentiment was that marriage equality is meaningless as long as other sexual and gender minorities are still being harmed, oppressed and denied basic human and civil liberties. As the mother of a transgender teenager, I am well aware of the enormous difficulties and abuses that the queer population faces every day and I fucking know how much work there is still left to do.  But I also felt that the Supreme Court ruling was a significant victory worth celebrating and that it set a legal precedent that had the potential to positively impact the lives of all queer people. Sometimes there is a myriad of truths in any given situation, but sanctimony does not allow for that.

My biggest issue with sanctimony, however, is that I don’t know if it is truly a useful tool for inspiring positive change. While I understand that raising awareness is not always comfortable, I do question the substance beyond armchair activism and pontificating on Facebook. It seems we are capable of more effective tactics than making basically decent people feel shitty about their most benign of choices.

In her response to the attacks in Paris, Anne Lamott wrote:

“So after an appropriate time of being stunned, in despair, we show up. Maybe we ask God for help. We do the next right thing. We buy or cook a bunch of food for the local homeless. We return phone calls, library books, smiles. We make eye contact with others, and we go to the market and flirt with old or scary unusual people who seem lonely. This is a blessed sacrament. Tom Weston taught me decades ago that in the face of human tragedy, we go around the neighborhood and pick up litter, even though there will be more tomorrow. It is another blessed sacraments. We take the action and the insight will follow: that we are basically powerless, but we are not helpless.”

Anne’s perspective resonated with me.  For my day gig, I work at a food bank in downtown Seattle. The experience has certainly challenged me and has put me face-to-face with some very hard truths. In the state of Washington, one in seven people- one on five children– suffer from food insecurity. They do not know where their next meal will come from. I’ve seen people stand in long lines in the rain just to get a bag of rice and a loaf of bread. I’ve witnessed fist fights over a carton of eggs. I stare into the face of human misery on a daily basis.  I also have the  good fortune of working with devoted volunteers who show up week after week with no agenda except to be of help somehow. The food bank is just an example. The point is that while we’re puffing up on Facebook, human desperation festers, sometimes mere inches away from us.

It is easy to stand on the pulpit of sanctimony and police other people on Facebook. It is much more difficult to live and breathe in the solution. Anyone can engage in what James Altucher calls “outrage porn.” God knows I’ve certainly been guilty of it. But few of us can roll up our sleeves, dig into the work and go the distance. It’s not because we’re assholes. It’s because we’re human. Life distracts us. Matters of survival dictate our days. We focus on whatever is right in front of us.  We fumble along, aware to some extent but never awake enough. And then a plane goes down or a bomb goes off. We’re bitch slapped once again.

I am not ready to give up on my fellow human beings. I still believe in our inherent goodness and our enormous capacity for compassion. For every asshole that blows up a mosque or shoots up a school, there are thousands of other people rolling out yoga mats, giving blood, feeding the hungry, offering comfort and saving lives. We may evolve at different rates, but we are ultimately all in this together.

Maybe we could give each other a break.