My original plan was to write a post about what happened on the 36 bus the other night. Two women – myself and one other – were simultaneously harassed by two different men on the same bus at the same time. The story is important and speaks to the ongoing problem that women everywhere experience on a daily basis. Unfortunately, however, there isn’t anything new about the narrative. The theme is the same. Only the women, the place and the men are different. On my way home this evening, I ruminated on the state of things, in particular, the mass shooting that took place in the Texas church on Sunday. This inspired a detour from my original plan. I’ll get to the bus story eventually, but tonight my mind is one something else. 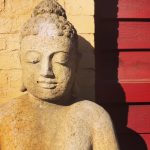 This morning, a friend and I talked about the shooting. She said when she heard the news, she broke down. She said she feels helpless and hopeless. She’s lost her faith that anything will change for the better. I believe she articulated what millions of people are feeling. There is a madness in the world right now, the likes of which we’ve never seen or imagined possible. We’re bombarded with the worst of humanity in daily stories of violence, dishonesty, corruption and hatred. We receive more horrific news, almost daily, than is humanly possible to process. Reason and solace are in short supply. It’s hard to believe in anything.

I would never describe myself as a sunny optimist. To the contrary, I’m a bit of a malcontent who sees the world through an Eeyore lens. I have to work hard at balanced positivity. Some would call this depressive realism.  Still, despite my darker inclinations, I believe there are reasons that we can and should hang on. And if I do anything on this blog tonight, I’d like to counter the despair, at least in some small way. This isn’t exactly about hope but about gentle tenacity. I’m riffing here–so please bear with me– but I have some thoughts as to why we should hang on.

While angry people commit atrocities, be it through the political violence of harmful legislation or the physical violence born of hate and racism, there are hundreds of thousands….millions…of people diligently working to make things better. Scientists are finding innovative ways to treat formidable diseases. Environmental engineers are designing better methods for treating water and reducing air pollution. In the same vein, musicians, artists and writers continuously produce, infusing our lives with beauty, inspiration, color and joy. I’m not a spiritual person per se, but I believe that all this creation is powerful energy that somehow counterbalances the negative forces in the universe. I don’t believe in God exactly, but I’m open to the idea of something bigger, as evidenced in the works of sentient beings.

I once had the honor of writing a bio for songwriter/visual artist Corrine West. She told me that she found inspiration in the predictability of things, like the sun rising and setting every day. I’ve had a similar feeling, although it’s less about inspiration and more about solace. No matter what happens in the world, cranky old men will always take issue with my driving, my roommate will always sleep through his alarm and the neighbor’s dog will always bark at me, even though we’ve lived next door to each other for almost ten years. There’s odd comfort in perpetuation. If the dog is still barking, in an odd way, the world is still right, at least to some degree.

Every day, there are unreported victories. Today, for example, someone somewhere walked out of a hospital after a long yet successful battle with a hard illness. He or she is healthy now and ready to begin anew. Today for the first time, a dyslexic child read a chapter out loud to her classmates. Today, someone got the “yes” they’ve been waiting on for eons and someone else reunited with a loved one they thought they’d lost forever. There’s an abundance of miracles all around us, concealed in the untold stories of our fellow travelers

There is deep value in the simplest of pleasures: an amazing dessert, watching football with friends, a long hot shower. While small in the scheme, these are the things that revive and sustain us. Most of us are fortunate to have at least a few that we enjoy. 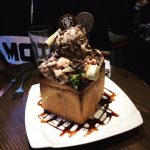 The human ability to endure is profound. I’ve said this many times and know from experience that it’s true. We can carry a lot and come through the other side with grace, dignity and grit. And as I write these words, we continue to live. We’re spinning in a quagmire of chaos, but the story is still playing out. We don’t know the ending just yet. There is potential in ambiguity.

These are just a few reasons to hang on. I know that none of these solve the problems of gun violence, political corruption, police brutality, social injustice or global warming. But that’s not the point of this post. The big answers don’t come easily. But in the interim, we need driftwood to cling to, lest we drown in despair and hopelessness. It’s so easy and understandable to break down. But I, for one, refuse to go there. I choose instead to simply hang on. I hope with all my heart that you do too.