How NOT to Treat a Fan 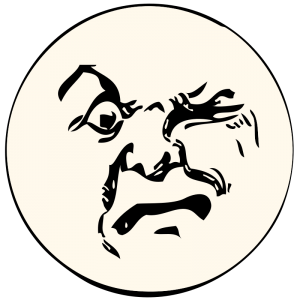 Today’s post is about an unfortunate encounter that I recently had with a musician out on the scene. I’m not going to say where this happened and for the sake of this person’s band mates, I’m not going to out the group. But because I’m lazy, I’m also not going to dance around a bunch of pronouns to neutralize gender for the purpose of protecting this person’s identity. The musician in question is a guy, but it does’t matter anyway. This is a cautionary tale for all of us.

Some friends and I went to see a show that had a handful of bands on the bill. I’d previously seen all the bands expect for one, which I’ll simply refer to as “Band-Z.” It was a great evening of outstanding music, and I was absolutely blown away by Band-Z; the musicianship, energy and songs were all stellar. It was some seriously infectious shit. And I was particularly mesmerized by one of Band Z’s musicians, whom I will refer to as “Musician-Hole.”  Musician-Hole was ferocious. He played his ass off. He was also clearly the grounding force of the ensemble, directing the dynamics of the sound, cuing the band and keeping everything razor sharp. He was an absolute fireball, and I had every reason to like him. Band-Z had an incredible set.

After the show, there was the usual milling around and hang. A friend and I were talking when I noticed Musician-Hole walking past us. I quickly extended my hand and offered up, or attempted to offer up, my heartfelt appreciation for his playing and the band’s set. Musician-Hole limply took my hand for a nanosecond, gave a sneer and a literal scoff and kept moving. He could hardly be bothered to make eye contact with me, let alone interact. My friend, who is also a musician, was visibly taken aback by his rudeness. We were both a shocked.

This is exactly how NOT to treat a fan.

To clarify the scenario a little, Musician-Hole was just walking through the venue. He was not onstage packing up equipment. He was not hauling gear. I know firsthand what it’s like to try and get packed up after a show and am sensitive about not approaching musicians when they’re busy. After brushing past us, Musician-Hole joined what looked like a group of friends and appeared to be totally relaxed and unencumbered of any particular duties in the moment. I might also add that I had no intention of engaging Musician-Hole in a lengthy dialogue. I just wanted to briefly express my compliments on his performance.

It could be that Musician-Hole was having an off moment. It could be that Musician-Hole is shy, although judging from his stage presence and interaction with his friends after the show, he seems to have a pretty bold personality. I’m a performing artist and I understand how difficult it is to be “on” all the time. But to be flat out rude to an admiring fan is inexcusable. In this business, we need our fans. They buy tickets to our shows. They purchase our merchandise. They tell their friends about us. They help pay our bills.  A cavalier attitude towards a fan smacks of entitlement, arrogance and low character.

If someone is generous enough to approach me with a compliment about my band/singing (or my writing), I am always friendly and appreciative. I’m truly touched and humbled when someone supports my work. I never take such overtures for granted. Sure, now and then we all have the occasional longwinded weirdo approach the bandstand after a set. But even these people deserve kindness and fundamental respect. Another factor to consider is that we never really know who we’re talking to. The person you scoff at and blow off may be someone who could potentially have some kind of impact on your career. It’s best to err on the side of being a decent human being.

Band-Z’s star is definitely rising on the Seattle music scene. It’s a successful group and will more than likely continue to be. But music careers can turn quickly. The business can be capricious. Life itself is capricious. Things can change in an instant. And the moment you start walking around with a sense of entitlement is the moment you’re inviting karma to slap you around a bit.

I am disinclined to go out of my way to see Band-Z again or to purchase their CDs. If they’re playing on a bill with other bands that I want to see, I certainly won’t avoid them. But the magic is compromised. Some might argue that I’m making too big of a deal of the situation with Musician-Hole. They might even say that the only thing that counts is the quality of the music. I don’t agree with that. At its core, music is ultimately a soul connection. There’s an unspoken relationship between the artist and the fan. When that relationship has been tarnished, it’s hard to find the love again. I don’t exactly take Musician-Hole’s attitude personally, but my sentiments about the band have shifted as a result of that incident. As a musician friend puts it, “It doesn’t matter how good you are. If you suck as a human being, all bets are off.”

OK, I’m about to get down from my soap box. But before I move on, I’d like to close with a final thought: No matter our discipline – music, writing, art, acting – a little graciousness goes a long way. In fact, it’s requisite.

One response to “How NOT to Treat a Fan”