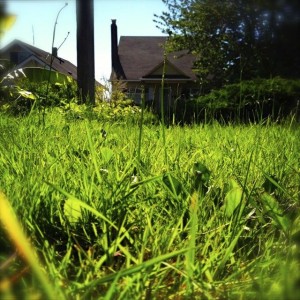 The other day, I was talking to a guy who, by most definitions, would be considered a success. He earns six figures a year and works in a beautiful office in the Galleria Office Tower in Houston. (To those unfamiliar with the Galleria, think swanky.) He recently got remarried. His new wife is super smart, highly successful in her own career and lovely in every way. He adores her. They honeymooned in Budapest, by way of Paris. Upon their return to Houston, they bought a Mustang convertible. They like driving around with the top down. They also recently purchased a new townhouse. By all measures, life is pretty good for this guy, so it came as a bit of a surprise to me when he told me he he felt like his life was missing something. He went on to say that he wished his life were more like mine because I had chosen a creative path for myself.

This was the part of the conversation where I coughed and sputtered on my coffee.

It’s not every day that a high level marketing executive tells me he wishes his life were more like mine. Sure, it’s true. I do live a creative life. I carve my living together through writing, singing jazz and lifting very heavy boxes at a cool nonprofit. I get to hang out with all kinds of artists and musicians and have the honor of telling their stories. I also get to sing jazz with some pretty amazing players. There is nothing more intoxicating than a great gig.  I love every damn note. And of course, I blaze away on this blog and by some stroke of dumb luck, there are people interested in reading. Go figure. But my life is not easy or glamorous. There is a capricious quality to gigs (both writing and music). They come and go. Things can get lean sometimes. I live without a lot of creature comforts and a trip to Paris seems as likely for me as posing for Playboy. I’d be thrilled to have decent health insurance or to live in a place with a bathroom sink that actually drains properly. But I’m not complaining at all. I just know that my friend’s perspective on my life is not exactly complete.

I recently had a similar experience with another vocalist. She’d come out to one of my gigs. The next day, she wrote an email and told me she wanted to be like me. (My first thought was that she should be careful about what she asks for.) She liked my stage presence and that I don’t appear to be nervous when I sing. She intimated that I had some kind of unique insight into how it all works. She went on to say something to the effect that she just didn’t have “it,” whatever the elusive it is. Of course, I was wildly flattered by her compliments. Who wouldn’t be? But I was quick to point out to her that there’s no special magic here. The truth of the matter is that I just practice a lot. Whatever that thing is that she perceives I have is readily available to her too. The grass is the same shade on either side of the fence.

I think we walk around making a lot of assumptions. We create black and white pictures of other people and fill them in with our own colors. Before we know it, we’re comparing ourselves and what we have going on to other people and what we perceive they have going on. And being the sensitive souls that we are, we usually end up believing that the other person’s situation is somehow better than our own. Interestingly, we probably have no clue what the story is with other people. OK, so maybe Joe Blow just released a killer new CD and is gigging all around town. But for all we know, he has a lousy relationship with his husband, his kids think he’s an asshole and he went into ridiculous debt to record the damn CD. Does Joe Blow really have it better?

I’m certainly not immune to the grass is always greener trap. God knows, I’ve been snagged on it many times:  How come she plays in that room all the time and I can’t get one night there? He’s got x number of followers on his blog but I’ve only got y. What’s wrong with my writing? Why don’t I ever get to go on a yoga retreat in Hawaii?  It’s all such silly drivel.

The grass is always greener syndrome is, in my mind anyway, merely a distraction. It’s a way we procrastinate really. Instead of focusing on our own thing and taking care of business, we waste mental energy on shit that isn’t helpful or even important. It’s a little like when I stand in front the of fridge with the door open when I’m actually suppose to be doing a rewrite on something.  Staring down the hummus is not going to get the draft written. In turn, putting too much thought into how much better someone else has it does nothing to get your own ball rolling.

I’d love to go to Paris or Budapest. And it would probably be a lot of fun to drive around in a Mustang convertible. But I don’t want to be that guy and I’m pretty sure that he probably doesn’t really want to be me either. My thing isn’t perfect but it’s my thing. It’s also always evolving and I need to be present for the ride. My participation is required. The same is true for him and his thing and you and your thing. There’s a whole shitload of grass out there and at the end of the day, nobody really has it better than anyone else. In the words of Hafiz: Everyone is trudging along with as much dignity, courage and style as they possibly can.