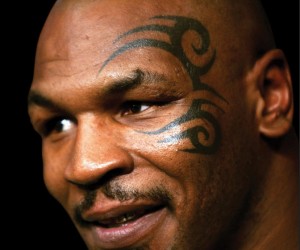 A few weeks ago, former heavyweight boxing champion Mike Tyson had a bit of a public unraveling at a press conference. He was speaking to reporters about his first fight card with Iron Mike Productions, a new promotion venture, when his remarks took an unexpected turn to the personal. He opened up that he’d recently had a slip in his recovery from alcoholism and that he needed help. He went straight to the heart of the matter, “I’m on the verge of dying because I’m a vicious alcoholic.” A few days later, in an interview with Matt Lauer on the “Today” show, Tyson was equally forthright, sharing candidly about his demons, his fears, his struggles and his pain. I was completely struck by his wide-open vulnerability. Whatever opinion one might have of this man, it was impossible to feel anything but compassion as he shared himself so honestly.

Last week, I unraveled a little myself. I had a professional disappointment. Something that had been offered to me was given to someone else. This came on the heels of a couple of other career-related knocks. I was fed up and frustrated and posted about it on Facebook: “Crummy news tonight. Seems no matter how hard you work, there are some doors that are just never going to open. Sometimes makes me wonder why I bust my ass to the extent that I do. Ache.”  While this might not have been my finest hour, in that moment, I did not give a shit. I was pissed off. I was hurt. The only thing that felt right was to roar.

Public disclosures of this nature are generally frowned upon, especially for solopreneur types. Open lamenting is a social media no-no. We’re suppose to stay positive, upbeat. Our job is to give some measure of value in everything we do. Negativity is buzz kill. We’re never suppose to let ‘em see us sweat. Never. But there is one pretty important snag to this modius operandi: It ignores our humanity.

The rock solid truth of the matter is that sometimes it sucks. The guy who writes “your” when he means “you are” gets the assignment. The club owner who has been booking you for years decides, by some oddball twist in the universe, that he only wants polka acts in his room. Your man leaves you for a dumb shit with fake ta-tas pumped full of silicon. Sometimes, no matter how long or hard we’ve been rolling that boulder up the hill, the universe just won’t give us a break. Instead, it throws a mud slide into the mix. We work hard. We have the callouses to prove it. We love hard. You can see it in every weary wrinkle. But still, every now and then, the forces beyond our control fuck with us. This shit hurts. It maddens. It wears us out and breaks our hearts. But God forbid we should admit it, at least not publicly.

When Mike Tyson shared his pain with the world, it touched a tender place in me. It was a recognition of the common soul burdens that we all carry. When we can feel the raw humanity of other people, it’s easier to accept that humanity in ourselves. At least that’s how it works for me. If we can relax our tightly clenched buttocks long enough to stop worrying about how we look to other people, things can get very real. We transcend the veneer of isolation.

Of course, perpetually posting gloom reports can drag things down pretty quickly. If things are that bad, then perhaps therapy or meds are in order. But that’s not what I’m talking about here. I’m talking about those sharp moments when we’ve god damn had enough and our hearts are too cumbersome to worry about other people’s opinion of us. We have a right to our humanity.

My mini-meltdown was last week. As I write this now, I’m over it. That’s what we do, eventually anyway. We get over it and move on. According to news reports, Mike Tyson now has 20 plus days of sobriety. I’m happy for him. I have to confess that I’ve thought about him every day since I saw his interview on the “Today” show. Mike Tyson is one scary bad ass but he had the balls to say out loud that he was not OK. That’s probably the most courageous thing the man’s ever done. (Certainly more courageous than biting off Evander Holyfield’s ear. And less messy.) The other night, Mike was on the “Conan O’Brien” show and he talked about lessons learned: “I don’t care how much success you have or how much love you have. If you’re not honest, it’s never going to last.”

2 responses to “Our Creative Lives: Humanity”