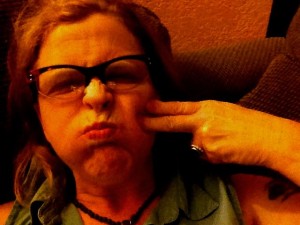 Last week, a local organization announced the finalists for an annual vocal competition that it hosts. These finalists will sing at Jazz Alley for a shot at winning a trip to Japan. Throughout the afternoon after the announcement was made, I received emails and texts from a handful of vocalists, friends who did not make the cut. Their reactions ran the gamut from perplexed to downright miserable. (I should add that all of these women are great singers.) We talked about a lot of things; engaged in the empty speculation of why and pondered as to what they could have done differently. Our conversations strayed over to the subject of another local music organization that is currently balloting for its own “best of” awards. While I have some strong opinions about competition and the arts, I’m going to hold my fire here and instead focus on what I see as the more immediate matter at hand:

Rejection is that God-awful punch in the gut of not being the chosen one. It hurts. It stings. It makes you a little sick to your stomach. It’s a gnawing kind of loneliness, that empty feeling you get when a door has shut and you’re standing there by yourself. It launches the mind into brutal rumination and ultimately brings up the age-old fear of not being “good enough.” Unfortunately, rejection is a part of the dance, especially if you’re a creative type putting yourself out there to the world. As a writer and a vocalist (and mother of a teenager), it’s something I know all too well. I’ve written about this before. But as long as we continue to get battered and bruised by this unwieldy beast, it seems worthy to try and offer some comfort and encouragement. The following are eight thoughts about and tips for dealing with rejection (written by an expert on the topic):

Take the defiant approach. Turn your heartache into outrage. Say these words– “Fuck that shit!”– out loud. Look at yourself in the mirror as you do it. Stomp around your apartment. Beat on your chest if it helps. Rejection throws you off your power center. “Fuck that shit” is a way for your psyche to shove back and reclaim what’s yours. (I think sharp expletives are the most effective, but if you’re squeamish, you can change the language to something you’re more comfortable with. “Screw that poop?”) 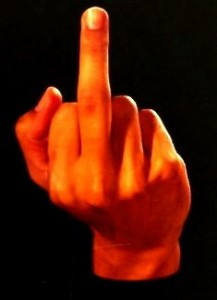 Call up your rowdiest pals and rip it up. Hunker down in some café, take double shots of espresso and talk way too loudly. Eat chocolate while you do it. Invade the neighborhood thrift shop and get your best camp on. Hit the salon and indulge in a safety orange pedicure. Dive in with the people who love you the most. They will remind you of who you are. And they will help you not to take it all so seriously.

If it’s really bad and you just don’t have the emotional wherewithal to pound the drum with your posse, then be extremely gentle with yourself. Take some time to  lounge on the couch with your favorite blanket and binge on Netflix. I just did this myself. After a recent rejection, I camped out with season two of “House of Cards” and frozen chocolate yogurt. It’s like an animal crawling into the cave to lick its wounds. It’s a tried and true course of action. But make sure you don’t stay there too long. After a day or two, get up, shake it off and get back to business.

Book a gig. Practice your scales. Write a blog post. Get busy! The quicker you can refocus your energies on your thing, the better you’ll feel. You may have had a setback but you’re still very much in the game. You have a lot going on- a lot of positives and a lot of possibilities. You’ve worked too hard and too long. Don’t let some dumb ass who rejected you derail your drive. (Remember number one on this list.)

Just because someone is on a judging panel or a selection committee, it doesn’t mean that they’re qualified to make an assessment as to your talent and abilities. They may have the power to make decisions but they don’t necessarily know what they’re doing. For all you know, crazy Aunt LuLu Belle is calling the shots. Think about credibility.

Making yourself crazy as to the why, or worse, actually asking outright, is more than likely a waste of time and brain space. If you were to ask, nine times out of ten, they’re not going to be straight with you. A few years ago, I was engaged in a pretty intense job hunt. There were a handful of times when I was among the final candidates but did not get the job. Each time, I asked the hiring person what I could have done differently, which was an indirect question of “why?” Their answers were always the same; I was a great candidate, my skill set was strong and there was nothing I could have done differently. The other person was just a better fit. I heard this enough times that I wondered if it was some kind of automatic spiel that hiring personnel are programed to respond with. “Better fit” is arbitrary. In some cases, you know whom you were passed over for. Sometimes the person who gets the nod is truly awful. He can’t construct a grammatically correct sentence. She can’t swing to save her life. This is one of the big cosmic mysteries that I plan to ask God about during my exit interview when I die. I suspect in a lot of cases, people who are making decisions are in a position to compare, oh, a cumulus cloud with a plate of roasted peppers. There is no reasonable explanation as to why they chose one over the other. And at any rate, the “why” doesn’t change the situation. If they didn’t pick you, move on.

If it helps you to think of it this way, you’re in good company. Some of the greatest artists in history were overlooked in their lifetimes. Vincent Van Gogh and Emily Dickinson come to mind. Their work, for the most part, went unnoticed until after their deaths but this in no way diminishes their genius. This might not be an all together comforting thought. Obviously, we’d prefer to get some traction in the here and now. But at least it can offer a little perspective.

8.  OTHER PEOPLE DON’T DETERMINE YOUR VALUE

Only you do that. Only you have that right. We get kicked around out there. Sometimes this crazy world makes us dig deep-super deep-into our personal reserves of grit, wisdom and stiff upper lips. But when the dust has all settled, you know who you are. You know what you’re made of. You can pull on your boots and go another round. Loving yourself when the rest of the world doesn’t seem to is the highest art there is.

6 responses to “Our Creative Lives: Rejection”