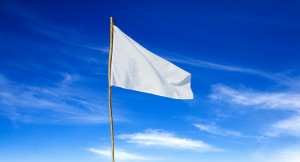 My brain has been sitting across the room from me with its arms folded. It’s not given up anything: a workable idea, an intriguing metaphor or even a cool word. I’ve tried cajoling, bribing and even a few threats. But it continues to hold out on me.

The standoff started a few days ago. I’m crazy excited about a new project and have been trying to grab every spare moment to write. Things were firing along nicely; the idea engine was cranking and the language had taken on a satisfying cadence. I was getting somewhere. And then my brain abruptly decided not to play. It stopped completely, let out a sigh and downshifted into slug mode. I protested rigorously, “Hey! We’ve got work to do, dude. We’re rockin’ here. Get your ass up!” But my brain just looked at me, rolled its eyes and continued painting its toenails. The little bitch.

My only choice was to let it win. I surrendered.

Yesterday was a perfect fall day. It was bold and sunny. The air was fresh and cool. I sat at my computer for well over an hour, staring at a blank screen. I banged out a few anemic sentences, only to immediately delete them in frustration. Nothing was snapping. My brain was wandering around the apartment in its bathrobe and clearly had no intention of helping me out. I again tried bribery. Coffee? Peanut M&M’s? My brain ignored me and stretched out on the couch with the sports section. I gave up, shut the laptop and headed out to Seward Park for a walk. I ended up taking the whole day off. I went to the gym, took a nap, read a book and joined my brain on the couch to watch the Patriots give a spanking to the Bengals on Sunday Night Football. The day felt like a waste.

I have an interesting relationship to productivity. I’m forever plagued with a nagging sense that I’m not doing enough, be it writing, practicing, learning, making money or whatever. Life is a very long to-do list. As long as I’m busy, I have credibility with myself. But I’m also a writer and procrastination is in my blood. I feel like I have to be hyper-vigilant with myself to compensate for this. It’s a constant internal battle. I’m rarely at peace.

With this new project, I’ve set a pretty ambitious deadline for myself. I’m not even sure if it’s realistic. Yet the truth of the matter is that I’m pretty exhausted at present. My sleep, which was disrupted after the event of a few weeks ago, is just now starting to normalize. But I’m also dealing with other stressors. One situation, in particular, is presenting a lot of challenges for me and is draining my energies, both mental and physical. I’m feeling a little depleted.

Right now, I’m reading “Win Forever” by Pete Carroll, head coach of the Seattle Seahawks. Early on in the book, Pete talks about Maslow’s “hierarchy of needs.” The idea is that certain needs must be met, in a particular succession, in order for us to function at our highest level. The most basic of these are “physiological” and “safety.” We need to eat and sleep. We need to feel secure in our living space. We need to be square in mind and body and so on. When any of these are amiss, peak creativity and/or performance are compromised. For Pete’s purposes, he cultivates an environment that satisfies this hierarchy of needs so that his players can perform at their optimum. This same theory can apply to anyone in any discipline. I certainly think it applies to me.

I don’t believe in writer’s block, per se. I trust myself and my ability to eventually pull it off, whatever the task at hand may be. But if my brain’s recent strike has done anything, it’s served as a reminder that I can’t write well when my mind is tapped out. I also can’t sing well if my body is rundown. Pushing harder won’t change this. In the bigger picture, the flow will ultimately determine its own course. At the end of the day, I’m just a blip in the infinite mystery. My job is to take care of the basics and, sometimes, to surrender.

As I’ve been working on this post this morning, my brain has meandered over to the computer. It has its pants on and seems mildly interested in what I’m up to. It even peeked over my shoulder: “Whatcha doin?” I’m feeling better today – refreshed, upbeat and tuned in. I’m ready to go another round. And the strike appears to be ending. It turns out that surrendering doesn’t exactly mean quitting all together. It’s just doing something different for a little while.

Although I often don’t give it credit,  my brain really does know what’s best for me sometimes.