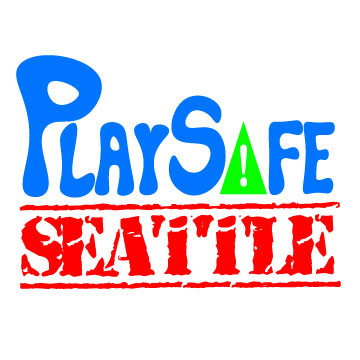 Over the past year, there has been a 20% increase in hate crimes in major metropolitan areas across the United States. These incidents – ranging from malicious harassment and property damage to direct violence – are motivated by biases against the victims based on race, religion, ethnicity, sexual orientation, gender and gender identity and disability. Many believe, and rightfully so, that this spike is in direct relation to the rancorous 2016 presidential election. Unfortunately, this phenomenon has hit close to home as members of the Seattle music and performing arts community have been targeted. These incidents have included intimidation, harassment and sexually aggressive speech and actions.

After learning about these incidents, bassist and activist Nate Omdal and I began brainstorming about how to address the problem in our community. (Nate had recently experienced his own chilling encounter while loading equipment in for a gig. A truck full of flag-waving white men did a slow, menacing roll through the lot where he was parked. Nate is Korean-American.) Working as part of a sub-committee with Fair Trade Music Seattle, we organized Play Safe Seattle, a campaign to increase protection for musicians and other performing artists and to make Seattle nightlife safer for everyone. The goal is to create a safety program that meets the needs of our community and addresses the challenges presented by the current administration.

Our approach is to work with performing artists and the venues that employ them, promoting simple actions to enhance personal safety and to prevent bias-based crimes and harassment. If they haven’t already, we’re asking venues to establish and enforce a zero-tolerance policy that prohibits bias-based harassment or abuse of any kind. To bolster their efforts, we’ve created anti-harassment posters for venues to display. We’re also asking venues to provide adequate security before, during and after performances and to make sure that load-in areas are secure, well lit and within reasonable proximity of the establishment. For performers, we’ve made a list of best practices for personal safety, including utilizing the buddy system when going to and from gigs, being aware of venue security policies and insuring their instruments.

Play Safe Seattle was formed in January of this year. Local artists from the music, theater and burlesque communities have generously lent a hand to help develop the program. We’re still in the early stages and will roll out the campaign over the course of the next several months. We’ll soon be releasing video testimonies from some of the artists who have been subjected to these crimes. Other plans under consideration include tabling events, self-defense trainings, tracking incidents of bias-based crimes against performing artists and their fans and a “bash a bigot” phone app.

For my part, Play Safe Seattle is one way I contribute to the resistance. Since the election, many of us have wondered what to do. My instinct has been to do whatever’s right in front of me. During his campaign, the current occupant of the White House unleashed a rallying cry for bigotry and empowered his followers to act on their basest and most violent inclinations. If I can push back on that in my corner of the world, then I’m damn well going to.

We believe that we can make Seattle nightlife hate-free, but we need the help of our peers. We encourage musicians of all genres, performing artists of all disciplines, fans of all persuasions and business owners to join us. We want your input. We welcome ideas. We need your support. Play Safe Seattle meets on the first and third Tuesdays of the month at the offices of the American Federation of Musicians Local 76-493, 3209 Eastlake Ave. E., Seattle, WA 98102. Meetings are at 7:00pm. For more information, please email playsafeseattle@gmail.com. You can also visit us on Facebook here.