Punching Valentine’s Day in the Nose 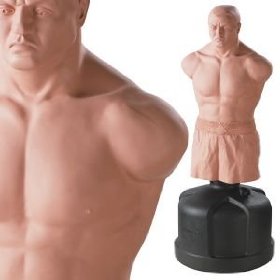 Uh oh, here comes Valentine’s Day. Of all the holidays across the calendar year, I’m not sure that any kick up as much emotional dust as this one does. People either really dig it or really loathe it. For some, it is a land mine of expectations, stress and, in come cases, unreasonable need. For the luckier ones, it is a Hallmark wonderland of candy hearts, hot romance and heavy breathing. For my part, I’m pretty neutral on it all. Excepting the occasional creepy overture from some weirdo in the Dockers and Viagra crowd, I mostly go unnoticed out there. I’m good with that. I am well aware, however, that Valentine’s Day can be unbearably sad for those who feel alone or who are recovering from the nasty bitch slap of love gone wrong. To anyone in that state of heart and mind, I say rise up and get your mojo on! Here are ten tips for punching Valentine’s Day in the nose:

“Shot through the heart and you’re to blame. You give love a bad name.”