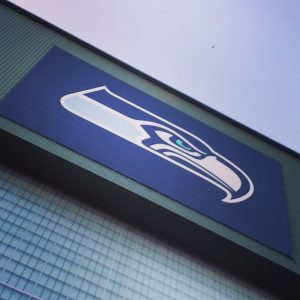 Last week, the Seattle Seahawks canceled a planned meeting with Colin Kaepernick. My understanding is that the purpose of the meeting was for Kaepernick to work out with the team and to discuss potential opportunities with the franchise. However, according to reports, Seahawks management called off the meeting when Kaepernick would not disclose his plans for future off-field activities and also refused to say if he would continue to kneel during the national anthem. A day after the cancellation was reported, the Seahawks signed Stephen Morris as back-up quarterback. They’ve also resigned Austin Davis. I’m disappointed by this series of events and wrestling with the broader implications.

The National Football League has been in a quagmire of controversy since 2016, when Kaepernick first took a knee to protest systemic racism in United States, and in particular, the ongoing problem of black men across the country being routinely gunned down and killed by police officers. At the time, Kaepernick was the quarterback for the San Francisco 49ers. He was soon joined by other players, including his former teammate Eric Reid and, this past season, Michael Bennett, who the Seahawks just traded to the Philadelphia Eagles last month. These players were vilified as anti-military and anti-American. Their actions were (and are) characterized as a “distraction.”  Fan threads on social media erupted in the worst kind of racist commentary, and loud ugly voices demanded that Kaepernick and others “shut up and play football.” Team owners had various reactions, from threatening to bench players who kneel for the anthem to supporting their cause (to varying degrees). The backlash perpetuates today. And Kaepernick continues to be unemployed, presumably a result of being blackballed by the league. Eric Reid is also presently unsigned.

Even before the anthem controversy, I always felt that the Seahawks organization was more evolved when it came to players. The Pete Carroll culture allowed players to be themselves, to speak openly and to share their individual truths whatever they may be. As the anthem issue gathered steam, management made several statements in support of the players and the cause of racial justice. Last year, the Seahawks formed the Seahawks Players Equality and Justice- For- All Action Fund to further support the cause. I was so proud of that. I also believed that even in in the midst of the white power hierarchy of the NFL, the Seahawks ownership and management really did operate from a higher moral ground. Unfortunately, however, I intuit this may be shifting. The treatment of Kaepernick and the recent parting of ways with Michael Bennett and Richard Sherman–easily two of the team’s most outspoken players–gives me pause. When asked about the situation with Kaepernick, general manager John Schneider said, “We’re concentrating on football.” But I have to wonder if something more is going on here and, if so, why. Perhaps the Seahawks organization “supports” social justice and free speech as long as it’s presented in a way that is palatable to a predominately white, nationalist-leaning fan base. If this is indeed the case, then the Seahawks organization is simply perpetuating a historic narrative that diminishes black voices and upholds white supremacy. So much for the higher moral ground.

Racial justice is a matter of life or death. Players of color don’t have the luxury of keeping their professional lives separate from the day-to-day realities of racism and the harm it causes. John Schneider’s explanation of “concentrating on football” in regards to Colin Kaepernick is feeble. I’m not buying it, and frankly, he knows better. In my opinion, “distraction” is code language for black players exercising their First Amendment rights. It’s a classic example of attacking the messenger because the message makes some people uncomfortable.

Side note: How many other potential signees have to disclose their future plans for off-field activities? Is this a routine thing in the NFL?

The NFL as an entity is certainly problematic on many fronts. For starters, out of 32 teams, only two have majority owners who are people of color. Neither are black. Roughly 70% of the players, however, are black. The frequent comparison to slave owners and slaves is not lost on me. First and foremost, players are commodities, and their best interests are not necessarily a priority. The CTE scandal – the NFL’s attempt to minimize the long term brain damage caused by repeated head trauma– is a prime example. I might add that overt racism is alive and well in NFL fandom. If you don’t believe me, check out the comment thread on any NFL-related topic. Money is the holy grail in the NFL. And if money can be made from the bottom feeders of the fan base– the “shut up and play football” crowd– the NFL is not above catering to it.

None of this is new. However, when it comes to the NFL, I’ve been guilty of compartmentalization. The reality of CTE, for example, has nagged at me. But I’ve only given it scant attention, reading an article here and there and then packing it away in a locked box somewhere in my consciousness. Players are still willing to play. I could dismiss it on some level.  When it comes to racial justice, I felt like the Seahawks were in a bubble; an evolved organization, the exception to the rule. Although it wasn’t exactly conscious, I believe I rationalized that as long as my own team had integrity, I didn’t need to think much about the bigger picture. But now I’m questioning everything.

I love football. I grew up around football and followed it in college. I went to the University of Oklahoma during the Barry Switzer era. After sojourns into professional basketball and hockey, I returned to football about ten years ago and became a Seahawks fan at that time. In recent years, I’ve been on a mission to elevate my football IQ and have been a dedicated student of the sport. I read as much as I can, study game film, listen to sports radio and even play Madden from time to time, although my lack of gaming skills can sometimes interfere with my learning. My buddy Nate knows a ton about football, and we talk/text on the subject frequently. I could watch football, talk about football and study football all day. It makes me inexplicably happy. I’m fascinated with the sport. I’m also addicted. I honestly don’t know if I could give it up.

So what’s a fan to do? I’ve thought about switching to college football, but then I read “Things That Make White People Uncomfortable.” Michael Bennett devotes an entire chapter to the NCAA. It’s just as bad as the NFL. If I continue to support the Seahawks and, by extension, the NFL, am I then part of the problem? Is a personal boycott the only option or is there another way for a thoughtful fan to affect change? These are difficult and emotional questions for me, and I don’t know when I’ll have answers. For now, I welcome input from other fans who are also grappling with this issue. I’d also love to hear from players who may have insight for me. I want to learn and understand.  If, for example, Doug Baldwin were to tell me I’ve got it all wrong (or maybe right) about the Seahawks, I’d welcome that conversation. I’m willing to be respectfully influenced. If any players are reading this and are willing to talk, please send me a personal message. You can also leave comments here.

For now, I remain disappointed in the Seahawks ownership and management. I thought they got it, but the treatment of Colin Kaepernick makes me doubt. They have an opportunity to be on the right side of history, but I fear they may be squandering it. Yes, we all want a winning football team, but not at the expense of equity and justice.

“Being born Black in a preexisting condition in this society, with a set of stressors that you can’t understand without living in our skin.”