Richard Sherman, down but not broken 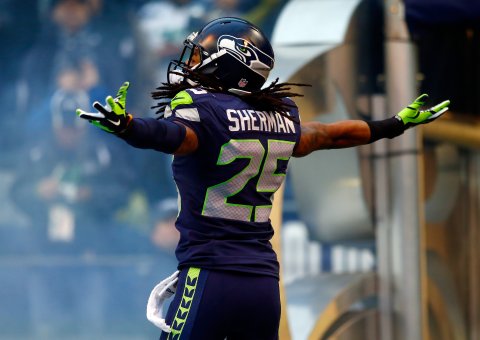 Last week, Seattle Seahawks cornerback Richard Sherman was injured in an ugly Thursday Night Football game against the Arizona Cardinals. My friend Nate and I watched the game at a little sports bar in West Seattle and saw the play and the injury. The visual of my hero crumpled on the field was upsetting. A chill ran through me, but I still held out hope that the injury was not significant. However, as I was driving home that night listening to the game recap on the radio, my biggest fear was confirmed. Richard Sherman is out for the season with a ruptured Achilles tendon.

Needless to say, I’m devastated for Richard. He’s an elite athlete, playing at the highest level possible. I can only imagine how many years of relentlessly hard work…how many long, grueling hours or practice…how much mental and physical difficulty… he endured to get where he is today. So few people open their souls and go all-in like Sherman does. To be as effective as he is, he has to bring it all to the field, every single week, and burn with unflinching focus and intensity. He’s equal parts Zen monk and barracuda, patrolling the defensive backfield with clear intention, formidable intelligence and raw power.  To be felled by cruel injury is calamitous, disorienting and heartbreaking.

Anyone who knows me knows that Richard Sherman is my favorite Seahawk. I’ve long admired his particular brand of mojo; his smartest guy in the room wit, unabashed assuredness, omnipotent athleticism and willingness to tell the truth without fear or apology. Honestly, what more could a fan want? And on top of all that, through the generosity of a single Tweet a few years ago, he gave me what can only be described as a Cinderella moment, sending thousands of readers to a blog that mostly goes unnoticed. The day after the game, my mood vacillated between cranky and melancholy. I’m only a fan, but Richard Sherman’s injury weighs heavily.

Sherman was not the only player injured on Thursday night. Several players went down with a variety of injuries, some worse than others. My beloved Seahawks are pretty beat up at present. The Cardinals also had their share of injuries, including at least two that rendered players out for the season. This particular game is a perfect case study for why Thursday Night Football is a really bad idea.

There is no doubt that the Seahawks will need to make some major adjustments in Sherman’s absence. There’s some depth in a secondary that I consider strong and full of promise. Still, without Sherman on the field, quarterbacks and receivers will feel emboldened to launch air attacks over a section of the field that was previously, for all intents and purposes, off-limits. As of this writing, I understand the Hawks have resigned former Legion of Boomer Byron Maxwell. This seems a good move as he played with the team for two years and knows the system well. But Sherman’s absence leaves a void that is uncomfortable to reconcile.

But I still believe there’s reason to hope. While Sherman may not be on the field, creating anxiety for receivers across the league, his presence will still be felt. He’s already said that he’ll be there for his team. I can clearly visualize him on the sidelines, firing up his teammates, mentoring the rookies, offering counsel, support and great big love to his brothers. He’ll play the game from a different angle, sharing valuable perceptions and insight. While his body heals, his heart and mind will pick up the slack. He’ll still be a force to be reckoned with. Opposing teams may feel some relief by his absence in the secondary. However, to dismiss his impact from the sidelines would be an egregious error.

If by some crazy chance you’re reading this, Richard, please know that I feel you and, like many others, am so sorry that fate has dealt you such a rotten blow. I’m just a fan. I don’t know what it’s like to be a high profile athlete or to be going through what you are with this injury. But I do know what it’s like to experience a devastating setback and to come through to the other side. You’ve got this, Richard. It’s hard and it’s awful, but you’ve got this. Everything that makes you uniquely you– the verve, the mind, the willful spirit–will carry you as you recover and rebuild. And even on the darkest days, a spark will continue to flicker, even if you’re not sure you feel it. A bold heart has a way of blazing on, no matter the situation. We’ve seen you on the field and at the press podium. We admire you and think that we know you. Yet, my gut says we’re about to see another side of Richard Sherman, that you’re going to show us even more of what you’re made of. 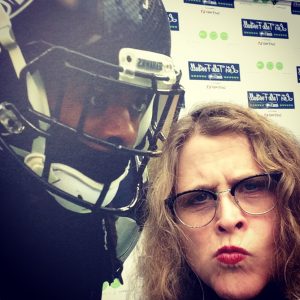 “Your circumstances don’t dictate your future.”