Seahawks: The Bumpy Road of Believing

Last Sunday afternoon, I did the unthinkable: I turned off the Seahawks game. They were playing the Jaguars, and it was close to the end of the third quarter.  I couldn’t take it anymore. It wasn’t a matter of turning it off in anger and disgust at the way they were playing. It was an act of self-preservation. It was too painful. I couldn’t watch them implode anymore. I got put in my shoes and grabbed my coat. In the haste of the moment, I decided to go for a walk. But this lapse lasted all of two minutes. I can’t not watch the Seahawks. It goes against my wiring. So, I turned the TV back on and settled back in for the ugly duration. 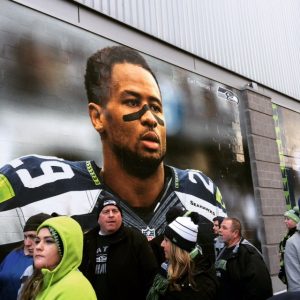 I listen to sports radio almost nonstop. In the days since the game, I’ve heard a lot of analysis and explanations for what happened and why. Processing is good. It’s like therapy. It tames the relentless rumination and eases the sting a tad. Still, no amount of analysis can fully quell a 12’s consternation of watching their team play an almost flawless game against the Eagles, only to stumble so miserably against the Jaguars just one week later. How is it possible? It can drive a fan mad. But when you love a team – or the Seahawks anyway–it’s what you sign on for. The agony, the ecstasy and everything in-between.

So I have a few thoughts about last week’s loss and also on the upcoming game against the Rams. I’m just riffing here. Feel free to add any thoughts you have in the comments. I’d love to hear from you. We’re all in this together.

On the loss to the Jaguars:

On the upcoming game against the Rams: