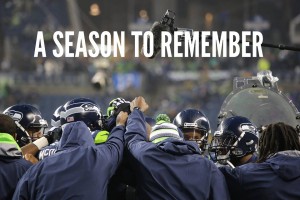 After reading multiple explanations from coaches and analysts, I get the thinking behind the play call. Still, the decision not to feed the Beast –arguably the best running back in the league – was an epic and egregious fail. I stand by my original reaction: “WTF?”

Several have pointed out that the game should not have come down to that final call in the first place. There’s substance to that line of thinking. We managed to lose a ten-point lead. Our defense was good but did not seem to be playing with the lethal ferocity that it is known for. Maybe the injuries to the LOB had a bigger impact than we’d thought they would. We don’t know for sure. And I can’t help but wonder how things might have gone if we hadn’t lost Cliff Avril so early in the game, as he was one of the key components for keeping pressure on Brady. However, speculation is empty at this point. I would also be remiss if I didn’t give some props to Brady here. He skillfully executed the critical drives that kept his team in the game. Damn him.

I’m not among the many who are calling for Darrell Bevell to be fired over the call but I am appalled  by his remarks about Ricardo Lockette. I don’t know how a team can rebuild morale when leadership is so willing to throw a player under the bus. Bevell owes Lockette and the team an apology, big time.

So, here we are in a collective state of shock and despair. It’s a tough day for the 12’s. The road ahead is an unknown. With contract issues, salary caps, free agency, injuries and what not, the team has a lot to figure out. No doubt, significant changes are on the horizon, and the team that fought so hard this season will not be the same next.

But I do believe that there’s plenty of reason to take heart. The Seahawks have a strong core that is not going anywhere and they’ve cultivated something truly extraordinary. Through the good, bad and the ugly, this team has shown us what it’s made of. As I’ve said before, these guys are on another plane. They fly in rarefied air. They’re made of grit, love and a solidarity that is flat out ethereal. This is key to the narrative and will define what lies ahead. Pete Carroll and John Schneider have created a culture that allows players the ability to grow, thrive and transcend. And this ragtag group of underdogs and misfits, this team we love so much, has fully taken advantage of the opportunity.  Mad respect. Mad love.

The season did not end like we wanted it to, but it was a damn fine ride. For now, our best bet is to suck up our disappointment and make good use of the off-season. The first step, for players and fans alike, is to heal. Beyond that, we take care of the business of our lives. For my part, I have projects to edit, gigs to prepare for and a few more precious weeks to spend with my 21-year old son before he departs on a cross-country adventure of unknown length. I also plan to use the off-season to continue to learn as much as I can about the more technical aspects of football. This is a goal I set for myself last year and it is ongoing. (I may have to break down and buy a copy of Madden NFL and load it up on the Wii.)

We move on. But our love is not conditional.  Devotion endures, no matter the circumstance. To be sure, nothing is over yet. This is just one chapter of a much bigger story. The Hawks are the best warriors that a city could ask for. They’re not giving up on themselves. We’d be foolish to give up on them.

P.S.  I want to give a shout out to Bruce Irvin. If someone were throwing punches at my teammate, I would have done the same thing. You’re a gem, brother. Steady on.