“Tattooed By Passion” – A Celebration of Dale Chisman 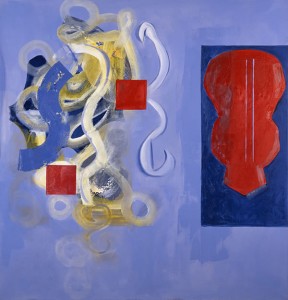 Every now and then, I come across a piece of writing or a musical recording that settles a little more deeply into my psyche than most. It floats dreamily along with me and ultimately inspires me to think bigger. “Tattooed By Passion: Music Inspired By the Paintings of Dale Chisman”, the new CD from Seattle jazz drummer Matt Jorgensen, is such a work.

Dale Chisman was a Denver native and received his MFA from the University of Colorado. He worked in New York City for 15 years before returning to Colorado in 1985. Chisman, a highly regarded neo-abstract expressionist, was hailed for his unusual relationship to lines and for his use of bold, often primary colors. “Tattooed By Passion” is Jorgensen’s musical celebration of Chisman’s work. Jorgensen, who is a major figure on the West Coast jazz scene, was looking to do something different. Inspired by Chisman’s paintings, Jorgensen set out to “paint with sound.” He crafted eleven original compositions and assembled a select group of musicians with a careful eye on instrumentation that would offer the broad palette of sound that the project needed. This included a string trio on three tracks, a significant departure from Jorgensen’s usual jazz quartet configuration. Once in the studio, the real “painting” began with multiple layers of sound, variations of groove and a range of harmonic colors. The following short video discusses the process:

The CD’s title “Tattooed By Passion” was the name of one of Chisman’s paintings, and the recording has a personal element for Jorgensen; Chisman was his father-in-law. One of the qualities that Jorgensen is quick to point out about Chisman is that he had the ability to change his style and direction without concern for what other people thought. Ironically, in paying homage to Chisman, Jorgensen reinvents himself, or at least finds new and different means of musical expression.

The music on “Tattooed By Passion” is vibrant and groove driven. It is also spacious and achingly beautiful. There’s a lot going on. There is much magic here. Yet I am inspired by Jorgensen as much as his music. As a writer and musician myself, I know it is vital to have a certain elasticity of vision. If I define my work or myself too rigidly, my thinking gets smaller and I run the risk of diminished expression. Jorgensen is an example of what is inherently possible if we remain open and flexible with the creative process. His sensibility seems to parallel that of his subject. I am in awe of both. “Tattooed By Passion” is a brilliant spark and an inadvertent nudge that reminds me to simply stay awake. 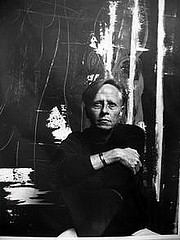 2 responses to ““Tattooed By Passion” – A Celebration of Dale Chisman”