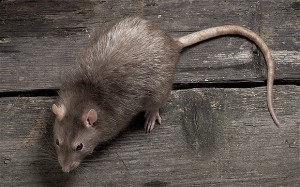 This all started with a very large bag of flour.

A few months ago, my 21-year old son Emmett and his friend Tucker needed a kitchen to make some bagels for a potential business venture they were considering. Although Emmett has his own apartment, he doesn’t cook there–too many cockroaches. (At one point or another, most of us have lived in such a dwelling. It’s a young bohemian’s rite of passage.) They asked to use my kitchen and I, being the proud and supportive mom of a blossoming entrepreneur, was more than happy to oblige. Emmett and Tucker showed up one morning with various ingredients–including a ginormous bag of flour–and got to work. When they finished, they took off, leaving the bag of flour behind.  Emmett promised to pick it up “in a few days.”

“A few days” turned into a few weeks and the bag became an inconvenient and messy fixture in my kitchen. Whenever someone would walk by, it emitted a poof of flour. It was like a little Mount Saint Helen’s. Everything in the vicinity of the bag was covered with a light dusting of white. And then the bag started to leak. I sent Emmett a few texts, asking him to retrieve his flour. No reply. I finally decided to move it out of my kitchen and onto to the back porch. I put a large plastic garbage bag over it to contain the leak. This was no easy task. Things just got more difficult. The bag of flour was extremely heavy and quite cumbersome. I couldn’t lift it. While I have never actually drug around a dead body, this is what I imagined it might feel like as I hauled the flour to the porch, where is sat for 2-3 months.

I texted Emmett off and on to ask him to come get his flour. Typically speaking, most of my texts to Emmett go unanswered. It can sometimes be as long as two weeks or more before he responds to a text from me. Earlier this month, I texted him to see of he would attend an event with me on November 13th. He still hasn’t replied. I suspect that I’m not the only mother of a twenty-something who experiences this. That doesn’t mean it doesn’t hurt my feelings sometimes. At any rate, the flour remained on the porch.

About ten days ago, Amp burst in the back door, “Katy! We have a rat!” Amp is an exchange student from Thailand and is living with me while she completes her senior year at a local high school. She is highly intelligent and perpetually sunny, even when delivering bad news. I looked up from my computer, “Say what?” “It was on the back porch,” she excitedly reported, “It ran past me when I came up the stairs.” In an instant it occurred to me: the flour. The fucking rat was after the flour. I texted Emmett immediately, imploring him to come get the damn flour already.

I texted for days. I explained to him that the flour was too heavy for me to move and that it was his situation to deal with anyway. He did not reply. Emmett is a cook in a neighborhood pizza joint. I knew he was working a lot of hours. But this was his problem to fix. I couldn’t believe he was ignoring me.  Meanwhile, Amp and I had a few more encounters with the rat. It scurried around the porch and darted behind the bag of flour whenever we approached. Sometimes it would run past us as we came up the steps. I was appalled and increasingly frustrated, so much so that I called in an unlikely reinforcement–Emmett’s dad/my ex-husband.

To be clear, this is an odd dynamic and the fact that I asked for his help speaks to the extent of my desperation. Emmett, my ex and my other son Enzo, who lives with my ex, tend to be dismissive of me. For the most part, they ignore me or treat me like I’m a crazy person. If I express anything that I believe to be of legitimate concern– say the roof is on fire–they act as if I’m histrionic. It’s exhausting. Thank God I have high self-esteem. I think this probably happens to a lot of moms, sad to say. Families are messed up like that sometimes. Mine is no exception. But to his credit, my ex- husband did try to help me with the Emmett/flour/rat problem. He also began texting our son.

Emmett finally responded, telling me to move the flour myself. He added that it was my own fault about the rat because I was the one who had put the flour on the porch. AARGH! I took my frustration to Facebook and posted about the dilemma. I wasn’t above publicly shaming my own son if I thought it would snap his lazy ass into gear. My friends were highly entertained. While many offered suggestions for getting rid of the rat, none seemed as outraged as I that Emmett was shirking his responsibility. Someone suggested that I take a picture of the rat and post it on Emmett’s Facebook page. Unfortunately, Emmett blocked me years ago, after I gave him shit about a photo I came across of him smoking a cigarette. There is nothing more odious to a mother than seeing her kid with a cancer stick hanging out of his mouth. Conversely, there is nothing more odious to a teenager than having his mother comment on his Facebook page.

I continued to text Emmett about the flour. Calling was not an option because I knew he wouldn’t pick up. We ended up getting into a brief and terse exchange one afternoon while I was at my day job. He kept telling me to “relax” and “chill out” and refused to come deal with the flour or the rat, saying that it was ridiculous for him to drive “all the way” over to my house to do something I should do myself. Mind you, he lives in Georgetown and I live on Beacon Hill. We’re talking about a five-minute trip, tops. Un-fucking-believable. I reiterated that the bag of flour was ridiculously heavy. I also told him to stop telling me to “chill out.” He disappeared. By the time I got off work, I was seething and fed up. Clearly, the kid was not going to lift a finger.

When I got home that night, I had another run in with the rat. He dashed around my legs. I grabbed a broom and went after him, swinging hard. I was ready to go to war but the little fucker got away. I took a sacrificial sheet out of the closet and spread it out in front of the bag of flour. With much huffing and puffing, I rolled the bag onto the sheet and tied the ends together, hoping to God that another rat wouldn’t jump out at me in the process. I hauled the bundle down the stairs and drug it across the parking lot to the trash can. With Herculean effort, I managed to heave the extremely heavy bag into the receptacle. So OK, I was able to lift the damn thing after all. But my efforts were bolstered, no doubt, by sheer irritation. After that, I marched off to the grocery store to buy rattraps. 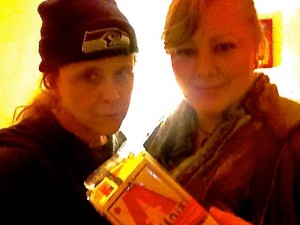 Shortly after I got home from the store, my former roommate Claire, whom I call Cle’Baire, showed up. She’d been following the rat situation for a few days and offered to help. She’d actually sent me a text right as I was charging out to the store. She brought a measure of calm to my shit-distrubed frenzy. She helped me set the traps and added some much-needed levity to the evening. She even volunteered to remove any dead rats that I caught. Rats do not bother Cle’Baire. After five minutes with her, I knew everything would be okay. The women in my life always come through for me. Thank God for soul sisters.

Amp and I are presently on rat watch. Cle’Baire is standing by on text. It’s been roughly 24 hours since we put the traps on the porch. So far, we haven’t caught anything. According to my friends, where there’s one rat, there’s more than likely three. This is why I’ve set out a couple traps. Rats are creepy and disgusting. The thought of a rat anywhere near my space, even outside, makes me a little sick to my stomach. Still, killing a rat (or anything else) is plenty uncomfortable for me. I think the Buddha probably would have handled this much differently – on all fronts. (For starters, I can’t imagine the Buddha would engage in an angry text exchange with a 21-year old.) I suppose I could have investigated some sort of no-kill trap. But frankly, dealing with a live rat is more distasteful to me than dealing with a dead one. If I end up killing a rat, I’ll just have to square with that karma at some point. I’m hopeful that the rat will remember the deranged lady with the broom and opt not to come back.

As for Emmett, I haven’t heard from him. Needless to say, he never showed up to help me. If I’d had the wherewithal to think of it, I could have deposited the bag of flour in the front seat of his car. That would have shown him – Mom is pissed! Cle’Baire says I shouldn’t waste my time being angry. She says he’s still young. She’s right. I get it. But I still can’t believe he wouldn’t help me with the rat. Who does that to their own mother? My guess is a lot of people. We’re all dysfunctional.

In the grand scheme, the flour and the rat don’t matter. Someday this story will be an amusing memory. When the time comes, I hope that Emmett and I laugh hard. I love and adore my kids. I’m never entirely sure how they feel about me. I may never know. Some people will ask me if I’m worried about Emmett reading this post. My kids don’t remember that I blog, or if they do, they don’t care. If he reads it, so be it.  To quote Anne Lamott: “You own everything that happened to you. Tell your stories. If people wanted you to write warmly about them, they should have behaved better.”

UPDATE, 11/20/14, 9:31pm- Operation Rat has yielded its first victim. Cle’Baire and I will be disposing the remains shortly.