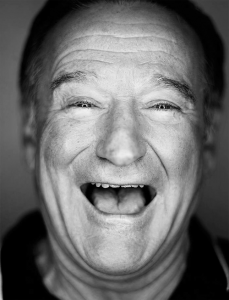 We’re all reeling from this week’s heartbreaking news about Robin William’s suicide. He was a ferocious soul with a soaring talent. He grabbed our hearts with the first “nanu nanu” and his mad unpredictable genius delighted us for decades. Oh how we loved him. And now in the wake of his death, we collectively grapple with this crushing loss and with the hard truth of Robin’s long battle with depression. Obviously, I don’t know any details about his life or the events leading up to his death. But I can shed some light on the beast that is depression. I’ve battled it my whole life.

Depression came around very early for me. From the time I was a kid, there was always this ache. I was eight-years old when “Sweet Baby James” came out and I remember listening to it again and again, especially “Fire and Rain,” and identifying completely with the pain of those lyrics. I was a spunky kid with a lot going on. I rode horses, blew saxophone in the school band and played on the softball team. I can’t say that I was an unhappy child. To the contrary, I was a bit of a jolly weirdo around the neighborhood. But there were big waves of sadness that I didn’t entirely understand. I tried to find solace in food and was a chubby kid, which certainly didn’t help. I was still in elementary school when I first told my parents that I thought I needed some kind of counseling. Looking back, I’ve got to hand it to that little girl. She knew something was amiss and she stepped up to take care of herself.

As has been reported, Robin William’s depression was worsened by his problems with drugs and alcohol. This was true for me too. I was the youngest of four children in my family. By the time I was in middle school, my siblings were, for the most part, out of the house. At the time, my father was traveling a lot for business. I think I was around 12-years old when I started drinking with my mother. I believe that I was a full-blown alcoholic by the time I started high school. Throughout high school and college, I drank and used like a wild animal. It was hard to really think of it as problematic because everyone around me was doing it. It was “normal” for a person my age. But my drinking started causing problems for me, especially in college. And the depression intensified. While alcohol was my main substance of choice, there were many other drugs on board at one time or another. There was one period, in particular, when I was pretty heavily into LSD (Side note: That’s the one drug I don’t regret using in excess). In 1987, I checked myself into rehab at a place called the Turquoise Lodge in Albuquerque, NM. I’ve been clean ever since.

They call early sobriety the “pink cloud” period. You’re clean and free and seeing the world in an entirely new way. But you’re also starting to feel all of your feelings at full-strength, without the anesthetizing buffer of alcohol. The depression crept back and worsened. At different points along the way, prior to sobriety, a few therapists had suggested that depression was the culprit of my struggles. But I didn’t buy in or get formally diagnosed until I was in my early 30’s. At this point, I was the mom of two very young kids. I started to observe that even when life was going really well, this darkness would roll in, in varying degrees of severity, and cloud everything. I also started thinking about my family history. At least a couple of generations of women in my family had struggled with depression. My cousin committed suicide and my aunt and another cousin attempted it. Several of us, again women, were alcoholics and/or drug addicts. It occurred to me that I might be dealing with something biochemical and possibly genetic in nature. A friend at the time, who happened to be a psychologist, set me up with a great doctor. He made the “official” diagnosis and I began treatment.

In my experience, depression has a range that runs from a mild nagging melancholy, to a hard deep ache and all the way up to a suffocating full envelopment that I call “the abyss.” I believe the medical term for that is a “depressive episode.” During the abyss, an unrelenting anguish takes over. No matter which direction you face, all you can see is a bleak landscape. There’s a physicality to it; a cumbersome quality and literal pain in the bones. The simplest tasks, such as getting dressed or taking the trash out, feel gargantuan. In the abyss, there is no hope and no light. You feel like you are drowning. I have fallen into and crawled out of the abyss several times in my life. Interestingly, I am pretty high functioning during these periods and have managed to slug through my days; showing up for work, taking care of my kids and so on. The worst of it is that I sleep a lot, significantly more than usual. Just because I’m able to function, it doesn’t mean that the pain is any less. I’m not exactly faking it during these periods. I’m just muddling through with a boulder on my back. Other depressive people aren’t so lucky. To be clear, the abyss is just one end of the spectrum. Fortunately for me, it doesn’t happen often. If I had to put a number on it, I’d say once every couple of years.

Depression seems to be cyclical but with no predictable timetable. It can blow in at anytime, no matter what’s going on, good or bad. Of course, situations can definitely exacerbate depression or bring on an episode. Life piles on a lot of hurt sometimes: divorce, financial struggles, losses, etc. This summer, an unexpected situation with a family member has created some very deep heartache. A lot of days, I feel like I can’t breathe. But I’m getting through.

There may be some who would argue this, but in my experience and opinion, depression isn’t really something you cure entirely but an illness that you learn to manage. A holistic approach works for me. It involves a good diet, regular exercise, solid sleep, a kind support system and in some cases, therapy and medication. I am not in therapy currently but have been at points along the way. I am on medication. Working with my physician, it took some time to find the right medication for me, but we did get there. And I’m grateful. There have been a few occasions when I’ve tried going off medication and it’s just not worth it. It’s an almost instantaneous ticket to the abyss. Modern pharmacology saved my life and I feel no shame or embarrassment about that (And I also have no interest in arguing with anyone about it). The holistic approach works really well for me and I can say without hesitation that my depression is kept to a very low level most of the time. Sometimes, it’s not there at all. This is especially true after a good workout. My depression-free days almost always involve dance. Movement and music are everything.

One thing that can be a challenge is that some people don’t understand the complexities of the illness. I can’t tell you how many times well-meaning friends have suggested that I just need to “think positive” or “be grateful for what I have.” I do not dispute for a second that these are important attitudes to hold. But for someone struggling with depression, it’s not that simple. For a friend or family member who is having a hard time with his/her depression, better questions might be: “Have you worked out today?” “Did you eat?” “Do you need to adjust your medication?” Or the most helpful of all: “I’m here. I’m not going anywhere.”

At different points throughout my battle with the beast, I have had suicidal ideations but I have only seriously contemplated it once. It was in 1992, after the stillbirth of my first child. Prior to that–even as someone who had suffered from depression–I could not have conceived of emotional pain as intense as what I was going through after my baby died. Grief was brutal. It was an all-consuming agony that ravaged my days. I very seriously considered suicide partly to escape that pain, but even more because I thought that by jumping into death, I could somehow find him. Obviously, I didn’t make that choice. I stepped away from the brink. To survive depression, I believe that we have to find a spark of meaning every single day, even if it’s the tiniest thing like the wiggling butt of a puppy or the toothless smile of the old lady next door. Meaning anchors us. And the hardest thing to do is to look for it even when we’re not feeling it. Throughout my life, my sister Martha has provided that meaning and, in the past couple of decades, my kids (now adults) have also. Writing and music also play an enormously important role. I can’t tell you how many times a fun gig or a satisfying piece of writing have radically circumvented a downward spiral. My family and creativity tether me to this world.

My older brother is of the opinion that I am too candid on my blog and that this might be robbing me of potential opportunities. I disagree with that. I’ve always figured that to some extent, the blog serves as a vehicle for vetting. If someone doesn’t dig me or what I write about, then we probably shouldn’t work together. And frankly, anymore, I just don’t have time for bullshit. I can’t pretend to be something I’m not. I can’t dilute myself. I have no patience for it. But all that said, this is the scariest post I’ve ever put out there. I can’t throw the doors open any wider. And I’m trembling. But if I shy away from writing about this, then I am complicit in perpetuating the stigma around depression.

I suffer from depression but I am not a victim. I’m a survivor– a god damn, fucking warrior. I’ve got a rock & roll heart, a plucky spirit and a defiant streak that runs from here to the moon and back. Underneath it all is a well of tenderness that is both a curse and a blessing. Depression may have given me some hard edges but it has also cultivated a profound compassion that I wouldn’t trade for anything. While I may not ever know what it feels like to burst with optimism, I can and do know happiness and gratitude. I have depression but I am OK. As I’ve said a million times before on this blog, multiple things can be true at the same time.

Robin Williams did what he had to do. I have no judgment or opinion about that. Only compassion. I don’t know what his life was, nor do I have insight into his particular demons. But I do know this much: He fought a hard fight. 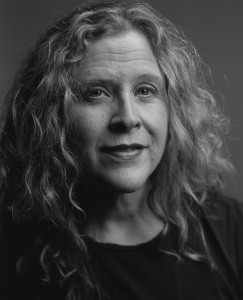 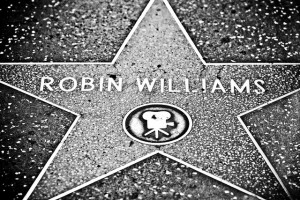