Trump vs. Trans, the fight for peace and dignity

According to a memo last week, the Trump administration is pushing to redefine gender as strictly binary- male or female- based on designation made at birth. If adopted, this narrow and egregiously flawed definition would erase the identities of millions of transgender and nonconforming people across the country and significantly roll back protections as granted by Title IX, which prohibits gender discrimination in any programs that receive federal assistance. This isn’t Trump’s first attack on transgender citizens. In March, Trump introduced a policy that would ban transgender people from serving in the military. A federal court blocked the ban. This latest proposal is the most aggressive assault on the transgender community yet and would have devastating consequences if sanctioned.

This move is a continuation of the freewheeling assault that our pretend president inflicts on us on a daily basis. The modus operandi is to seek out those he perceives as the other, to vilify them and to construct an ugly and misleading narrative to further his dark agenda, all the while playing his base of hate-hungry evangelicals and frothing hillbillies. It’s Bullying 101. But beneath the insufferable bravado is piss-sniveling insecurity and a self-loathing so toxic that he would take down a nation to exorcise it. And in this particular situation targeting our transgender comrades, he is, no doubt, carrying water for Mike Pence, a frightened man forever twisted up in a battle against his own sexual urges.  We can only hope that when karma has her way with these two, it will be very public, provided we have the collective stomach for whatever that may look like.

Transgender people are beautiful warriors, fighting daily threats and indignities that cisgender folks like me will never experience or understand. In order to come fully into themselves- to do that critical work- they’ve had to courageously plunge to depths of truth and humanity that would scare the living fuck out of Donald Trump. They possess a strength of character that he can never realize. And they bring lifesaving grace into a world that he would destroy.  The only way he can calm his terror is to eradicate their existence. But I can tell you this much, Trump can threaten all he wants. His administration can impose cruel policies. Trans, nonconforming and genderqueer people aren’t going anywhere. Long after this repugnant parade of hate has crumbled, they’ll still be standing, strong and proud. As the hashtag so succinctly articulates, they won’t be erased.

This matter strikes particularly close to home. My 21 year-old daughter is transgender. Her walk on this planet has not been easy. Stepping into her authentic self has been a challenging process, requiring her to move through scary and painful places. I’m in awe of her fierce determination and tender vulnerability. She’s evolved in ways I can only aspire to. I’m grateful to everyone who’s shown her kindness, support and acceptance along the way. Most of all, I’m grateful to her. I would fight to the death to protect her. And I mean that literally.

So what can we do? Given the constant barrage of atrocities from this administration, it’s hard to get our bearings and think clearly. They hit us with one appalling maneuver, and before we can shake it off, they hit us again with something else. The attacks are relentless. But it’s imperative that we remain resolute…and stay angry. How do we fight this? Do we file lawsuits? Do we work through the system, demanding that our representatives take action? Seeing as this administration will manipulate the rule of law to get what they want, do we even trust the system anymore? Do we take to the streets? Resort to violence?  At what point do we burn it down?

I don’t have answers to these questions. For the moment anyway, I’m hopeful that the vote will prove to be our most lethal weapon in dismantling this hateful regime and that democracy will ultimately prevail. But in the absence of a sure blue wave, all other options, in my mind, remain on the table.

Transgender people have the right to live in peace and dignity; to be with their loved ones, to pursue their dreams, to fully enjoy their lives, free from harassment and oppression. They deserve this. And it’s incumbent on each and every one of us to make it so. Stand up. 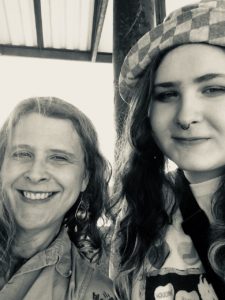 IF YOU WOULD LIKE TO HELP, PLEASE MAKE A DONATION TO ONE OF THESE ORGANIZATIONS: https://bit.ly/2ADsbyv