Mom of a Nomad: Part Two 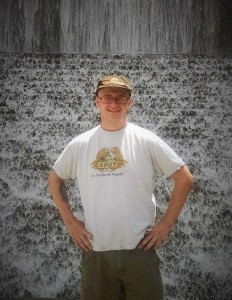 The Nomad in Houston

It’s now been four months since Emmett took off on his trek to explore the U.S. When we spoke on the phone this past Saturday, he was about an hour outside of Washington D.C. Assuming that all went as planned, he arrived just in time to see how Independence Day is celebrated in our nation’s capital. Nice move, Emmett.

At the time of my last post, Emmett was just pulling out of Houston, where he stopped to visit my brother and sister-in-law. From there, he went to New Orleans. Within his first two days in the Big Easy, Emmett had a job. Because he’s an experienced cook, Emmett knew at the outset that finding work on the road would not be a problem. He quickly snagged a gig working the line in a Columbian restaurant. He also rented a large room in a cool old house. From what I can tell, his time in New Orleans was mostly spent working. Although he explored the local music scene a little, it seems his main focus was to put in a lot of hours at the restaurant and earn more cash for the next leg of the journey.

A few days ago, Emmett texted me a photo from a campsite in Alabama. He’d obviously left Louisiana and was making his way up the East Coast. He spent a night in Tennessee and got drenched in a thunderstorm. Apparently his tent is on its last legs. After Washington D.C., his plan is to visit friends and a cousin in Rhode Island and then head up to New Hampshire to visit his Aunt Laura, his dad’s sister. After that piece of the journey, he says he’s headed home.

He predicts he’ll be back in Seattle in a few weeks.

He actually started talking about coming home shortly after he got to New Orleans. He said he wanted to come back to Seattle, get settled again and look into going to college. I was a little surprised….OK, a lot surprised….to hear this so early on. When he left in March, my understanding was that he did not know when or if he’d be back. I figured it would be at least a year or maybe more before I saw him again. Even when he first mentioned coming back, I held the idea loosely; I knew a lot could happen out there for a 22-year old young man and that plans could change. Yet every time I’ve spoken to him over the past two months, his desire to come back home has been consistent. And from what I can tell, he’ll be staying with me when he gets here, at least initially. Needless to say, I’m pleasantly surprised.

My blogger hero James Altucher always says that human beings are bad predictors of their own futures. I have to agree. And my sister Martha frequently reminds me that it’s never the stuff you worry about that happens. She’s right. (The guy who obsesses about getting cancer ends up choking on a piece of steak. Or, a more likely and positive scenario, ends up living to be a healthy and robust nonagenarian.) I was gearing up for a long period of lonesome readjustment. I had tasked myself with a gargantuan redefinition of life and the construction of a new identity, post empty-nest. While it is true that there have been some significant changes these past months, they’ve all felt oddly organic and easy, as opposed to sweeping and difficult. My host daughter Amp graduated from high school and went home to Thailand. It was a sad farewell, but it was always part of the plan. And anyway, she’ll be back in the fall to attend U.W. (A return to Seattle was initially not part of the plan.)  I recently took a day gig at a busy urban food bank and am finding a new depth of meaning in my professional life. There’s a pleasantly different rhythm to my days. Things I thought I cared about have fallen to the wayside, but the ache has been negligible. And I’m starting to learn that sometimes the things we let go of don’t really go away, they just change. I braced myself for uncertainty and found contentment.

And the nomad is coming home. (for now) 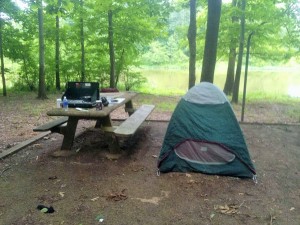 5 responses to “Mom of a Nomad: Part Two”