My Letter to Marshawn Lynch 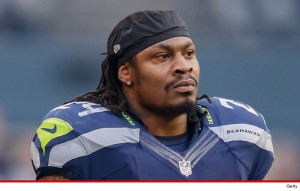 Let me start by saying that I don’t know the intricacies of your current fiscal situation with the Seahawks; I don’t know the nitty gritty specifics of your contract or what kinds of things you have to take into consideration when you’re negotiating your future earnings. I’m sure that the average fan like me has no clue as to the far-reaching complexities involved. As such, I know that I’m writing this without the benefit of complete information. All that said, please hear me out.

I hope that you will return to camp and continue what you and the team have built so far. Like so many fans, I’ve watched in awe as you’ve pounded out yard after grueling yard. I’ve shrieked like a banshee as you’ve blasted down the field like a nuclear missile, annihilating anyone in your path. I’ve felt a strong assurance every time you’re on the field, knowing that you would get the job done. The stats don’t lie. The points speak for themselves. Your power is undisputed. Your contribution to the team is undeniable. Your presence, to this fan anyway, is vital.

So as completely selfish as this may sound, I hope you will stick with us. The fans.

Again, I don’t know the finer points of NFL salary negotiations but it does seem that to many players, respect and compensation are synonymous. The only snag is that many of the people who respect you the most–the fans– are not in the position to impact your salary. But that in no way minimizes your value. As we watch these money proceedings from the sidelines, we wonder if you feel us. We can only hope. If we could, we’d give you that raise. But you make more in a week than most of us make in a year. No judgment. That’s just the straight truth of it. We can’t back up our respect with money (Some of us can’t even afford tickets to the games). But our lack of fiscal muscle does not diminish our high regard for you. We know what you bring. And there are many ways to measure respect.

Obviously, the fan/player relationship is inherently skewed. We love and admire you but we don’t really know your life. Conversely, you most likely appreciate our support and presence but connecting with us beyond that is impossible. There are thousands of us. How could you? Yet still, we feel something akin to a relationship and remain invested. To that end, I hope you will factor us in, at least a little, when you’re making decisions.

As your teammate Doug Baldwin has pointed out, there is an egregious double standard when it comes to the NFL and contracts. If I understand it correctly, you’re expected to honor the contract but the franchise can bail at will. I get the tenuous vibe this must create. I’m not keen on how the NFL treats players. The fine and posturing around your not talking to the media was a prime example. It was an unnecessary and ridiculous interruption. I get that some decisions have to be made on principle here. I wish, however, that weren’t the case.

The celebration parade for the Seahawk’s Super Bowl victory was one of the happiest (and coldest) days of my life. I will always remember you standing on the front of that duck vehicle, throwing Skittles into the crowd and dancing. That image will forever be etched in my memory. I also know that for you, I was an anonymous face in a sea of millions. That’s OK. That’s how this works. But every fan has a story. I’m a single mom of two sons. One is grown and on his own. The other is a teenager. I live in an apartment and work two jobs to pay the bills. I sing jazz and take dance classes. I don’t have family in Seattle but am blessed with good friends. Sometimes life is hard. Sometimes it’s OK. During football season, I live for game days. My neighbors and I gather around the TV, eat way too much junk food and give it our crazy all for the Seahawks. It’s a happy ritual. Respite from the grind of survival. Joy. I’m just one snapshot. But there are thousands of fans like me, with their own challenges, triumphs and quirks. Our common denominator is our love for this team. 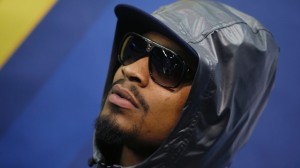 Of course, I am speaking solely for myself  here. I don’t claim to represent the herd. But I do feel certain that many probably share my sentiments. At present, I’m not quite ready to imagine life without Beast Mode. There’s more to be done. More ass to kick. More games to win. More spoils to drag to the mountaintop. You are an integral part of something amazing. And I don’t want any of us to miss a thing–most of all you.

So from one lone fan comes this humble request: Please come back to us, Marshawn. We may or may not be able to do it without you. But we don’t want to.

One response to “My Letter to Marshawn Lynch”