Our Creative Lives: The Ebb & Flow Of It

It was around this time last year that I started work on my e-book about the business of vocal jazz. I wrote diligently throughout the summer and by fall, I’d completed the first draft. The plan was to do rewrites over the course of the winter, to tape the video segments for the book and to ultimately release the book in late winter/early spring of this year. But things didn’t exactly go that way.

In the early part of November, one of my freelance clients offered me a significant amount of work on an exciting new project. The work was interesting and enjoyable and made for relatively easy cash coming in the door. I jumped on it. Of course, this meant that my e-book was pushed to the back burner, where it’s been for several months now. Recently, this particular client’s project has taken a different direction and the workload has slowed down. As such, my schedule has opened up significantly. Logic would have it that I immediately jump back on my e-book. However, the reality is that in order to pay the bills, I need to hustle more work for myself. And truth be told, I’ve lost a bit of my fire for the e-book project. As I look over the initial draft, I see informational holes that I want to fill and a few things that I need to update. And then there are those videos to shoot. I know I’ll get to it at some point but I’m just not feeling it in the here and now. And anyway, those bills– I’m looking at about 3K in dental expenses this summer, not to mention the usual month-to-month dings to the pocketbook. The e-book will have to wait a bit longer.

Such is the ebb and flow of the creative life.

Anyone working as a creative of any stripe is quite familiar with the ebb and flow. One month, you’re working under multiple deadlines and writing until the wee hours night after night.  Two months later, you’re scratching your head, wondering where all your clients went and ruminating as to how you’re going to pay the gas bill. Sometimes, you’re playing gigs several weekends in succession and would give anything for a Saturday off. Other times, your gig calendar resembles a ghost town and you wonder if you’ll work again. 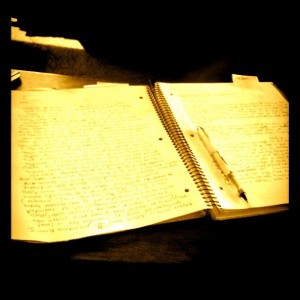 Ebb and flow is just as much an internal situation as an external one. Beyond the ebb and flow of available work is the ebb and flow of our own psyches. Sometimes we’re like frisky Dachshunds after a cold bath; We’re running laps around the living room and screaming all over the place with creative flow. You can’t stop us. But when the buzz fizzles, we can’t squeeze out a single drop of inspiration. How we deal with the fluctuations is very individual and personal. Some plow through. Others wait patiently for the muse to return. (For tips on wooing the muse, go here.)

If I’ve learned anything in my 30 plus years as a writer (and 12 plus as singer), it’s to trust the ebb and flow of it. If I’m not fired up about something, that’s OK. You just can’t fabricate passion. And why try? Anyway, it always wanders back again…always. I also know that even if my muse is rocking, life can sometimes intervene in the process: the kid gets sick, the computer crashes, I need cash. In these instances, we do what we have to. Occasionally, I get restless and worry when the next power boost will hit me. But mostly, I trust. It all comes and goes–inspiration, money, work. The trick is to get comfortable with the ambiguous in-between.

Ultimately, we’re all in if for the long haul anyway, right?

The other day, a musician friend asked me what the next big thing is for me. I didn’t really have an answer for him. I would love to record another CD someday in the not too distant future but I just don’t have the resources right now. I’m also very interested in teaching creative writing to LGBT teenagers. I am hopeful to undergo training for this, but the particular program I’m interested in isn’t available again until October. So for now, I guess my next big thing is simply to survive. That’s either a little sad or a little beautiful. Maybe it’s a little of both. If there’s something bigger coming down the pike for me, it will get here eventually.

Waiting with an open mind and a quiet heart allows you to accept truth in whatever form it arrives.