Mom of a Nomad. Round Two. 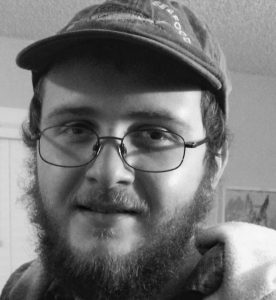 As he put a few remaining things into his backpack and took care of a couple last minute tasks, like vacuuming his room and boxing up his computer, it took everything I had to keep from crying. Trying not to cry takes enormous effort. It’s like wrestling a bear or beating back a wildfire. My chest constricted. It was hard to breathe. A swell of sadness rolled through my body, too strong to contain or manage. But I knew he wouldn’t like it if I cried. I so wanted to suck it up. I went into my room and sat on the bed, weakened from the struggle. My sister Martha sent a text: “It’s OK. Mama can cry when her baby leaves.” I broke.

The “baby” is my 23 year-old son Emmett, who has taken off to travel to points unknown, for an undetermined amount of time. He made a similar trek last year and I chronicled it here (and here and here) on this blog. He obviously survived his first venture and returned to Seattle safe, happy and full of stories from the road. I was proud of him for his bravery and for honoring his wanderlust. I was also relieved to have him home again. This current trip, however, is significantly different. He has decided to travel solely by hitchhiking and another form of transportation that I’ll just characterize as dubious. Mama has worried mind.

Emmett’s first trip took him down the West Coast and briefly into Mexico, returning to the U.S. to drive across the southwest and then south to Houston and on to New Orleans. He camped out in beautiful locales, slept in city parks, visited family and played with friends in the desert. He ran low on money in New Orleans and spent a couple of months working in the kitchen of a Columbian restaurant. After beefing up his bank, he headed up the East Coast, visiting New England and Washington DC before heading across the Midwest to make his way home. He was out for about six months.

When he returned to Seattle, he moved in with me. I thought it would be a temporary situation, an opportunity for him to regroup while he figured out his next move. He got a job as the kitchen manager at a popular nightspot. Our time living together was a mix of sweetness and challenge. He was a bit of a slob…okay, a big slob…and was not always considerate of the people he lived with. He made a few choices along the way that were upsetting to me and we had some strenuous disagreements. But we also shared good times together and had some soulful conversations. They were usually inspiring, sometimes difficult. They were always real. I enjoyed his presence in the home; catching up at the end of the day, sharing occasional late night bowls of ice cream, discussing politics and hearing him clomp up the back steps when he came home from work. These past 11 months were the longest we’ve lived together since his dad and I split up. It felt like we were getting something back that we lost when he was a teenager. This time with him has been blissful and, at points, painful. I’m grateful for every second.

I’ve never had the expectation that either of my adult children would live with me indefinitely. But when Emmett returned from his first trip, I thought he might be ready to pursue something else − school, starting his own business, music. I didn’t anticipate that he would take off again, especially in the manner that he’s chosen. He seems driven to live out some kind of urban version of “Into the Wild.” And just like last time, I don’t know where he is going or when he will be back. Sometimes he says he doesn’t think he will go as far or for as long. But other times, he says he doesn’t know. He doesn’t have to know, I suppose. He’s only 23.

Some people still identify the “American Dream” as owning a home, the white picket fence, etc. In my mind, it is more the basic ability for an individual to secure some form of employment that allows them to meet expenses and live with some degree of financial stability. In either case, the American Dream does not exist anymore, at least not for everyone. I believe that Emmett’s generation knows this and I often wonder what kind of future 20-somethings see for themselves. Emmett and I have talked about this at length. I tell him that his generation may have to create a new paradigm for survival. He says they already have by a nomadic existence that involves moving around the country and camping or living out of vans. However, he also tells me this is not what he sees for himself longterm. He has bigger, albeit vague, plans. Still, for now anyway, he remains a nomad. 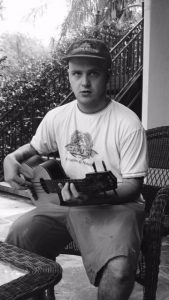 One of the things I admire most about Emmett is his fearlessness. It’s also the aspect of his personality that has aged me the most. The kid has never possessed even a scant iota of risk aversion. None. Zip. Because of this, he is able to boldly seize the world as he sees fit. And for better or worse, he also has an uncanny ability to take care of himself. That said, I feel strongly that with some elements of this particular trip, he’s potentially putting himself in harm’s way. But as much as this scares me, it would be cruel and unfair to expect Emmett to make himself smaller just because I’m afraid. My job now is to breathe deeply, to cultivate a little faith and to let go. Sometimes parenting is a form of torture.

Anymore, I feel like I am in slow motion, while everything around me is moving at hypersonic speed. What I always wanted with my children was connection and emotional proximity. But years and circumstances haven’t always played out as I’d envisioned. I mostly watch from the sidelines, looking on with love and eager to share whatever parts of their lives they’re willing to open to me. As is nature’s way, they both float just beyond my reach now − the youngest just finished high school and will soon be moving to another city to live with friends − and I have to figure out what to make of my own life moving forward. I’ve actually been thinking about this since he left the first time. Progress is slow. The task feels surprisingly daunting. Nobody told me the empty nest would be so bewildering.

Emmett left last night, and today is the Fourth of July. It seems fitting. I can’t think of anyone who is freer that Emmett. Obviously, I’m not the first mom whose son (or daughter) has taken off into the world in this particular fashion. Everyone tells me that he will be OK. And Martha is always reminding me that the shit you worry about is never the stuff that actually happens. True that. I need to pull it together. I know this. I’m just a little tender still.

Ultimately, this post is about love. It’s about Emmett loving himself enough to do what he wants to do and about me loving him enough to go all the places this takes me. I sometimes feel like I’m walking on a high wire and that one misstep will send me free falling through a grief that I have no way of pulling out of. Conventional writer’s wisdom says not to delve into an emotional experience when you’re in the middle of it, to wait instead to write about it when you can come from a space of distance and perspective. But I don’t believe that there is ever a bad time to write about love. All we have is now. And anyway, Emmett and I are not exactly conventional.

“I think this is what we get for diving wholeheartedly into the mom pool.”