The Annoying Goo of Inertia 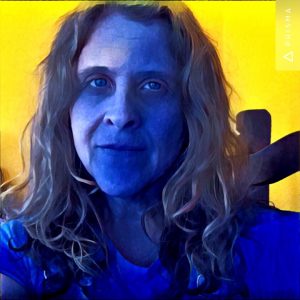 ” or play with stupid apps on my phone”

It’s been a while since I’ve posted anything here. The last thing I put up was in July and was about my young nomad taking off again. Prior to that, I wrote a post about a Yayoi Kusama exhibit I’d recently seen in Houston. That was back in June. The “Out to Lunch” sign has been hanging on the blog for a couple of months now. Obviously, this is unlike me. While there are probably multiple reasons as to why, the best explanation is that I simply stepped into the annoying goo of inertia. It happens.

My book “Weirdo Simpatico” came out last December. I spent the spring and much of the summer promoting the book. This involved a reading series at Happy Hours throughout the city. I took an acoustic bassist along for musical accentuation. It was goofy fun and the project evolved in unexpected ways. In the months leading up to that, I hustled like mad, booking dates and making noise about the readings through social media and other channels. I can testify right now that promoting a book is just as much work as writing one. In addition to all that, I co-produced a video trailer for “Weirdo” and continued to perform regular jazz gigs. All this was fine and good. I really had a blast. But by the time everything wound down in August, I found myself going a little brain dead. By the end of the month, I was fully bogged down by the aforementioned goo.

So, you may wonder, what does this goo look like anyway? It is characterized by a lack of energy or enthusiasm. The thought of writing, which usually immediately revs up my soul engine, is about as exciting as the thought of doing a load of laundry. I sit at the keyboard, bang out a few sentences and then take a break to see what’s in the fridge or the pantry. I sit back down. Rinse and repeat. While I very rarely face the horror of a screaming blank page, I am confronted with the equally odious reality of anemic ideas and emaciated sentence fragments that drag across the page like dehydrated earthworms. And all of this is on a good day. On a bad day, the goo bogs me down completely. I never open the laptop, or sing a note or as much as jot down an observation in the little notepad I carry around. Instead, I amble around the neighborhood, or play with stupid apps on my phone, or nap or allow myself to get sucked into the vacuous vortex of Facebook, scrolling endlessly through the news feed like a bug-eyed zombie. The goo of inertia isn’t pretty. 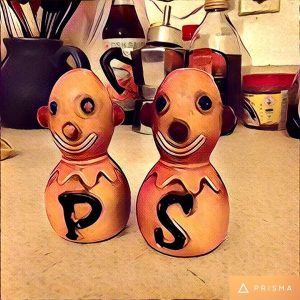 I’ve never really believed in “writers block” per se. I write daily and can usually get something down on the page. It’s more an issue of inspiration. Sometimes the muse, the devious little punk that she is, holds out on me and leaves me to my own devices. In her absence, I find myself writing nothing but inane drivel in the form of meandering and pointless narratives or tediously long descriptions of household items. Sometimes I worry that I have nothing new to say and that all I’m doing is regurgitating the same old themes again and again. I also sometimes question the relevance of my ideas and if I’m really adding anything of value to our collective conversations. The roar of the din is significant, which makes it all the easier to slip into the goo of inertia and curl up in a ball.

Anne Lamott has an especially compassionate take on dips in the creative flow. In “Bird by Bird,” she writes, “The word block suggests that you are constipated or stuck, when the truth is that you’re empty.” She goes on to say, “But if you accept the reality that you have been given – that you are not in a productive creative period – you free yourself to begin filling up again.” She goes on to suggest using the time to “really participate in ordinary life” and do the things that sustain you, be they reading or swimming or walking on a beach. I find her insight to not only be humane but incredibly respectful of the creative process.

Danielle LaPorte, whom I consider the guru of spiritual entrepreneurism, says that after a major creative push, an artist sometimes needs to go into a period similar to Savasana, which is a yoga pose done at the end of a practice. It is a period of rest and rejuvenation that allows for the benefits of the practice to be more fully assimilated.

What I glean from both Anne and Danielle is that the creative process isn’t just about what we’re producing. It’s more involved and finessed than that. Maybe periods of inactivity are crucial to the overall process. And despite everything we’ve been conditioned to believe, maybe productivity and creativity don’t necessarily always go hand in hand. I know it’s true that the things that make us happy – be they simple pleasures or blazing passions−inform every aspect of who we are and what we do as artists. But in the relentless drive to make magic, it’s easy to lose sight of that. We push so tenaciously sometimes. And my goodness, we can be so terribly hard on ourselves.

Nobody wants to get caught up in the annoying goo of inertia, even if there are benefits therein. But I try not to freak out about it when it happens to me. I’ve been writing for a lot of years now and have been through many cycles of productivity and torpor. The challenge for me is patience. The slow tick of time can make me restless, nay fidgety, which renders the goo of inertia even more annoying. But I know to trust myself. The wheel always turns eventually and I always find my mojo again. Always.

*The nomad returned safely to Seattle about a month ago, earlier than expected. Future plans are unknown.

“You get your confidence and intuition back by trusting yourself, by being militantly on your own side.”

4 responses to “The Annoying Goo of Inertia”